You will be required to wear a mask and to provide proof of vaccination for entry to the theater (also applies to children 12 and above). Click here for more information.

Patty McCormack earned an Academy Award nomination for Best Supporting Actress for her performance as Rhoda Penmark in Mervyn LeRoy’s The Bad Seed. Prior, at just age nine, she opened at the 46th St. theater in the same role for Maxwell Anderson’s stage adaptation of the novel by William March. Over her career, she amassed 158 screen credits including roles in television series “Sopranos,” “The Ropers,” and such films as All Mine to Give, Kathy O’, The Adventures of Huckleberry Finn, and Frost/Nixon. McCormack will make her return to the stage in the new Off-Broadway production of Paul Osborne’s comedy “Morning’s At Seven” opening November 15.

Foster Hirsch is Professor of Film at Brooklyn College and the author of numerous books on film and theater including A Method to Their Madness: The History of the Actors Studio and The Dark Side of the Screen: Film Noir. His biography of Otto Preminger, The Man Who Would Be King, has just been published in paperback, and his history of Hollywood in the 1950s will be published next year.

Presented with support from the Robert Jolin Osborne Endowed Fund for American Classic Cinema of the 1930s, '40s, and '50s 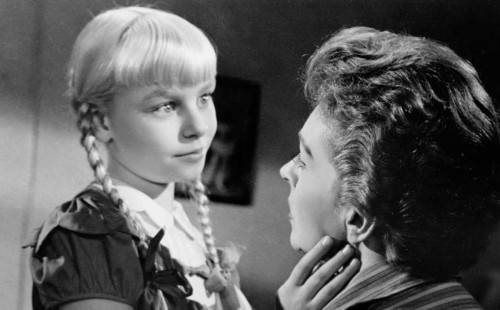