THE INCIDENT with director Larry Peerce in person

Following the 8:10 special screening of The Incident on Wednesday, April 26, director Larry Peerce will appear in person for an interview with Film Forum Repertory Director Bruce Goldstein and an audience Q&A.

Director Larry Peerce was born in the Bronx to renowned operatic tenor Jan Peerce and talent agent Alice Kalmanowitz. He made his feature directorial debut with 1964’s One Potato, Two Potato, a groundbreaking work about interracial marriage that earned Barbara Barrie the Best Actress award at the Cannes Film Festival. His other films include Goodbye, Columbus with Richard Benjamin and Ali MacGraw, Ash Wednesday with Elizabeth Taylor, The Other Side of the Mountain with Beau Bridges, and The Bell Jar with Julie Harris. 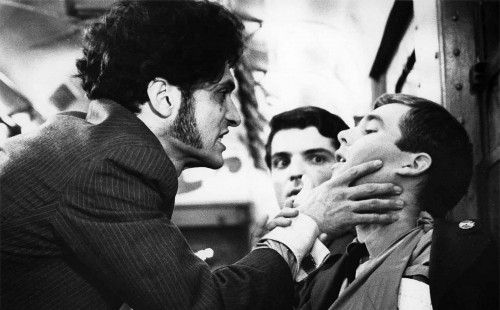