(1985) General Akira Kurosawa marshals his armies, but also provides commentary as he directs RAN, his final great epic. Both a selective “making of” (plus clips from the Master’s Classics) and a meditation on the emperor’s art from the secretive French master of the mystical documentary (La Jetée, Sans Soleil). DCP. Approx. 72 mins.

“A documentary shot on the black volcanic ash at the foot of Mount Fuji, where Akira Kurosawa was filming Ran. While Marker makes it clear why Kurosawa has earned the title 'Sensei' (master), this is not a vapid piece of hero worship. He explores some of Kurosawa's obsessions, but it is the minutiae that really attract Marker's eye: a squad of extras adjusting the fastenings of their samurai armour can expand into large speculations on the nature of film-making. Indeed it is this ability to move from the small to the very large without slick metaphor that makes this more than an expert companion to a great film, and a work of art in its own right.”
– Chris Peachment, Time Out (London) 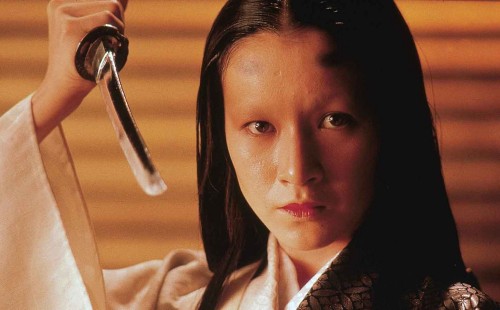