(1969) France, The Resistance: an escape from the Gestapo, so sudden and hairsbreadth as to leave the toughest of tough guys gasping with the icy sweat of terror and relief; two brothers remain unaware, to the end, of each other’s clandestine activities; patriots who, in relentless pursuit of traitors, must steel themselves to the most brutal of face-to-face violence. Lino Ventura (Elevator to the Gallows, Classe Tous Risques, etc.), aided by compatriots including maîtresse of disguise Simone Signoret, goes underground in face of the German Occupation — but the price of heroism can be truly horrific. Precursor of the New Wave and legend of the French gangster film, Jean-Pierre Melville realized the dream of a quarter-century when he adapted “the book of the Resistance,” written by Joseph Kessel (Belle de Jour) in the white heat of immediacy. Melville turned the detached, unblinking gaze of his Noir classics on these memories of his youth — he himself served for years in the Resistance — adding a jarring finale of his own, so stoically uncompromising as to reduce Kessel himself to sobs on his first viewing. But Army of Shadows wasn’t released here until 2006 — when it dominated the year’s Ten Best lists (topping the Premiere and New York Times lists) and copped the New York Film Critics Circle’s award for Best Foreign Film of the year — 37 years after it was completed. In French, with English subtitles. 35mm. Approx. 145 mins. 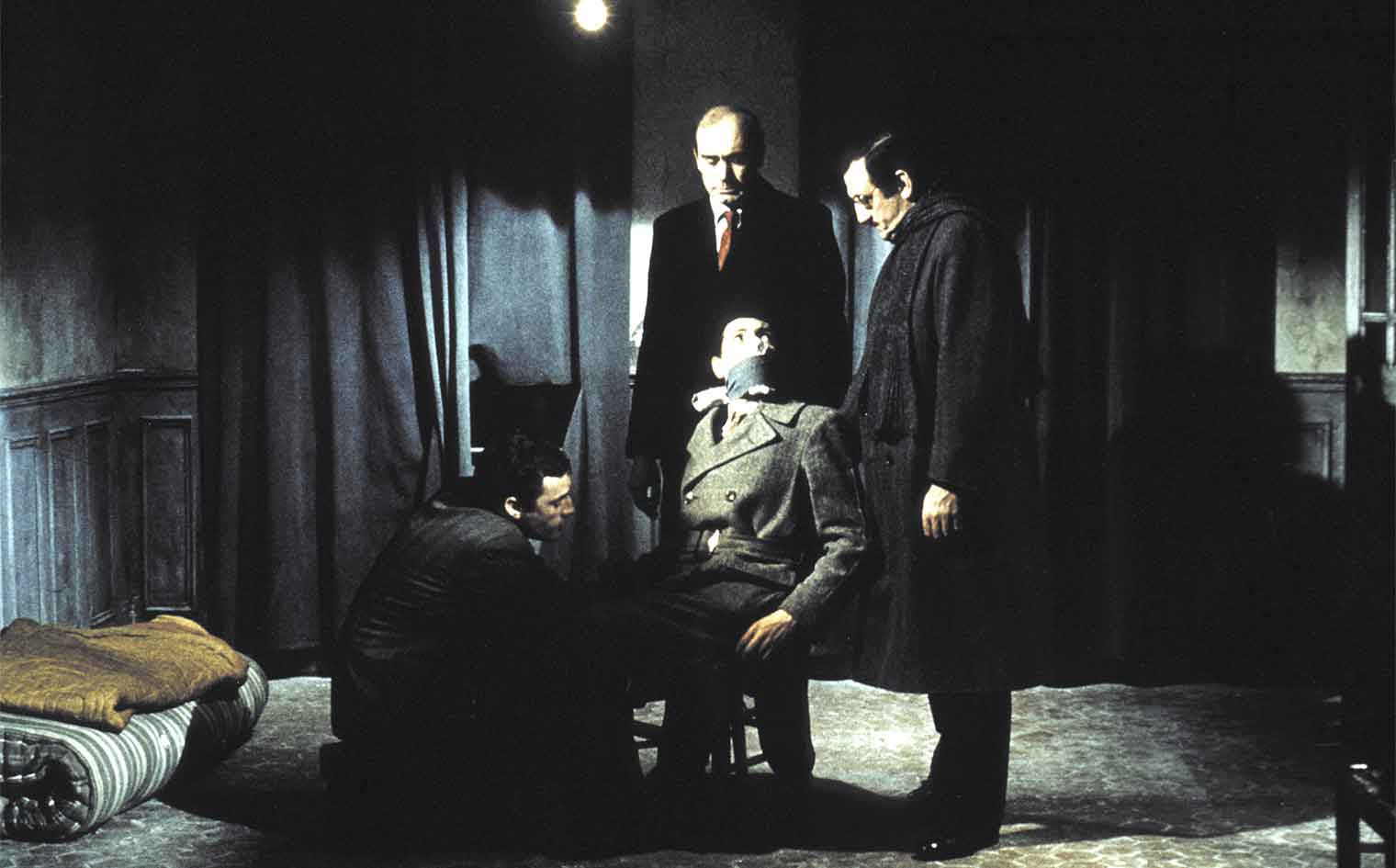 “A rare work of art that thrills the senses and the mind…Worthy of that overused superlative MASTERPIECE!”
- Manohla Dargis, The New York Times

“Approaches its pulse-quickening tale of life in the underground in the same exacting way Melville rendered so many stories of life in the underworld. As with the ascetic criminals he couldn’t resist mythologizing, Melville sees the brave rebels as steely men of action (and women, hence the unforgettable Simone Signoret), operating outside the law and according to their own strict codes, never allowing emotion to cloud their judgment. The result is a brilliant and relentless thriller, painted in Melville’s trademark shades of charcoal and midnight blue, marked by daring escapes, unimaginable moments of self-sacrifice and unconscionable acts of betrayal. At its center rests the granite-featured Ventura, his final meeting with a once-trusted compatriot on a Paris street a chilling reminder that, in wartime, even mercy is brutal.”
​– Scott Foundas

“Any moviegoers with a weakness for dry heroism, dark-toned humor, and storytelling of pantherish pace and grace — in short, lovers of cinema — should reach for their fedoras, turn up the collars of their coats, and sneak to this picture through a mist of rain... You are in the hands of a master.”
– Anthony Lane, The New Yorker