BASED ON THE PERFORMANCE WRITTEN AND PERFORMED BY OKWUI OKPOKWASILI

Okwui Okpokwasili – actor, dancer, writer, performance artist, singer – stars in the one-woman show, Bronx Gothic. The New York Times called it “a mesmerizing and sometimes harrowing solo piece,” inspired by the performer’s Bronx childhood in the early 1980s: “Okpokwasili unveils, via crumpled pages of classroom notes, singing, movement and direct address, her semi-autobiographical tale of the Gordian knot between two 11-year-old girls…(laying) bare the love, trust, rivalry and rage between girls as they sexually awaken” (Tim Murphy, The New York Times). Rossi’s film lovingly embraces a performer who asks the audience: “Can I make all of you be born again as a black girl?” Just as Ta-Nehisi Coates’s writings demand that readers comprehend the dangers of being a black man, this artist’s riveting performance demands empathy for the poetry and pain of being a black girl.

“Okpokwasili has always been a standout in New York’s crowded performance scene… like a latter day-day Judith Jamison, she makes whole narratives out of gestures - a back bend can intimate her irrepressible desire to take center stage and stay there. In 2014, I saw Okpokwasili in her piece, ‘Bronx Gothic,’ and the top of my head blew off… The piece is a tour de force on the order of Toni Morrison’s ‘The Bluest Eye,’ the author’s seminal text on black girlhood and power.”
– Hilton Als, The New Yorker

“There is a raw, feral quality to her being. Playfully, I’d describe her as a sister from another planet.”
– Ralph Lemon (as quoted in The New York Times)

“A haunting, unflinching exploration of black female adolescence, this dense work mined movement, text and song… blurring the real with the imagined… BRONX GOTHIC, a new documentary by Andrew Rossi, affords the closer look that the piece deserves… illuminating the relationships in particular between daughters and mothers, that orbit her process. Ms. Okpokwasili is as riveting in offstage moments as she is in performance.”
– Siobhan Burke, The New York Times

“Critics Pick. Director Andrew Rossi opts for an incisive structure that analyzes her work while exposing it to a broader audience. (Her) powerful performance is interspersed with excerpts from intense audience discussions and interviews that examine the personal and political context of her formidable work.”
– Serena Donadoni, Village Voice

“BRONX GOTHIC has dance elements and songs, but storytelling is its core. In language that is by turns blunt and poetic, crudely funny and incantatory, Ms. Okpokwasili conjures and probes… adolescent friendship, a jumble of insults, anger and love. And Ms. Okpokwasili is a magnetic performer. In a voice that can be confiding or terrifying and movement that can be ugly or sinuous, she holds the show together, lending her story unexpected emotional and physical contours.”
– Rachel Saltz, The New York Times

“A woman of many talents: she is an actor, a dancer, a storyteller, and a singer. No matter what she does, she is riveting.”
– The New Yorker

“Friendship, trust aggression, sex - lots of sex - spill over, still white hot. Every so often, Okpokwasili breaks into a spasm-filled dance or sweet melody. It’s not always easy to follow the dreamlike logic of her thoughts, but Okpokwasili, who has worked with Ralph Lemon and Julie Taymor, makes it impossible to look away.”
– Marina Harss, The New Yorker 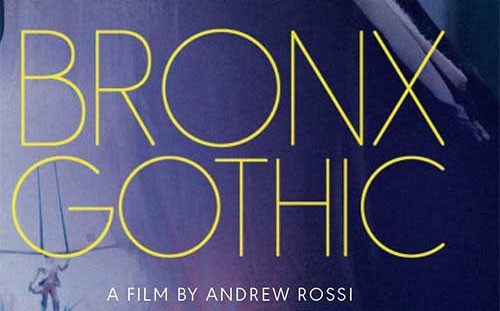