(1941) “Rosebud.” From its Gothic opening at looming Xanadu, through the utterly convincing faked newsreel, through an investigative reporter’s quest through the conflicting accounts of the surviving participants – friends, enemies, wives, bystanders – in the public rise and private fall of a newspaper magnate (played throughout by 25-year-old Welles); with the overlapping dialogue; the low angle shots; the startling, radio-influenced use of sound; the deep focus; the long takes; the whole course of a marriage limned in a succession of breakfasts; to its legendary finale, this is the most electrifying debut in screen history – acting and directing – routinely voted by international critics as the greatest film ever, and acknowledged influence and inspiration to the most disparate cineastes. As brilliant and startling today as in 1941, it remained both Welles’ masterpiece and his nemesis. Approx. 119 min. DCP. 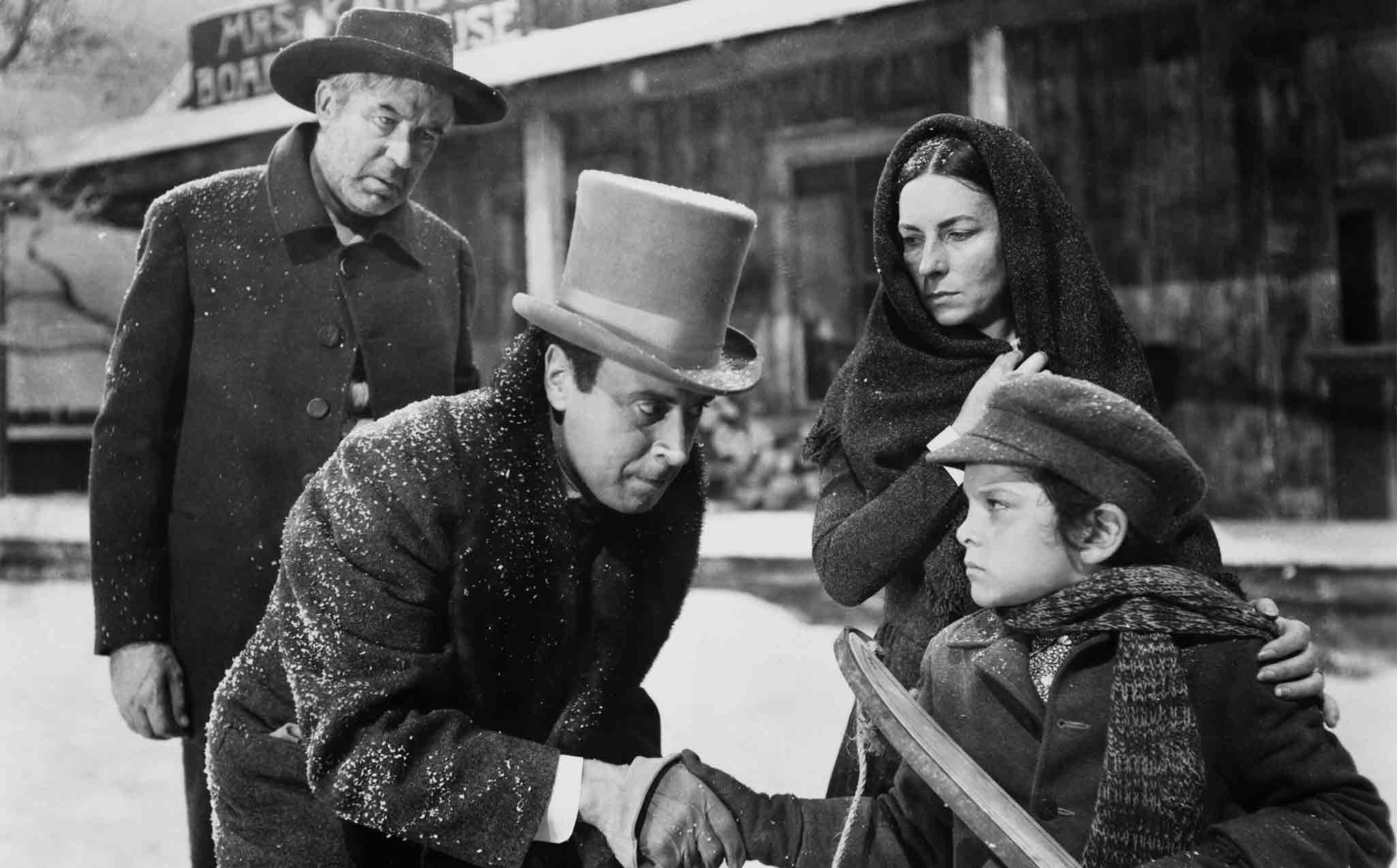 “Welles was trying to make the Last Word in movies, looting Hollywood for its finest techniques and technicians to build himself an immortal monument. It is the scope of his youthful presumption that keeps Kane perpetually fresh and exciting.”
– Joseph McBride

“It is one of the miracles of cinema that in 1941, a first-time director; a cynical, hard-drinking writer (Herman J. Mankiewicz); an innovative cinematographer (Gregg Toland), and a group of New York stage and radio actors (Joseph Cotten, Agnes Moorehead, et al.) were given the keys to a studio and total control, and made a masterpiece. Citizen Kane is more than a great movie; it is a gathering of all the lessons of the emerging era of sound.”
– Roger Ebert

“MAY BE MORE FUN THAN ANY OTHER GREAT MOVIE!”
– Pauline Kael

“It made history in the literal sense… The cinema, after the shock waves from Citizen Kane made the entire industry shudder, was freer.”
– Richard Brody, New Yorker