Mr. McBride’s book What Ever Happened to Orson Welles?: A Portrait of an Independent Career
(University Press of Kentucky) will be on sale at our concession during the series.

Presented with support from

ORSON WELLES ON TELEVISION at Paley Center for Media
Over two consecutive weekends (February 7-8 and February 14-15), The Paley Center for Media (215 W. 52nd St.), will present Welles television rarities, including his landmark TV pilot Fountain of Youth; starring roles in The Man Who Came to Dinner and King Lear; a compilation of classic interviews; and even an episode of I Love Lucy. For complete schedule, go to paleycenter.org. 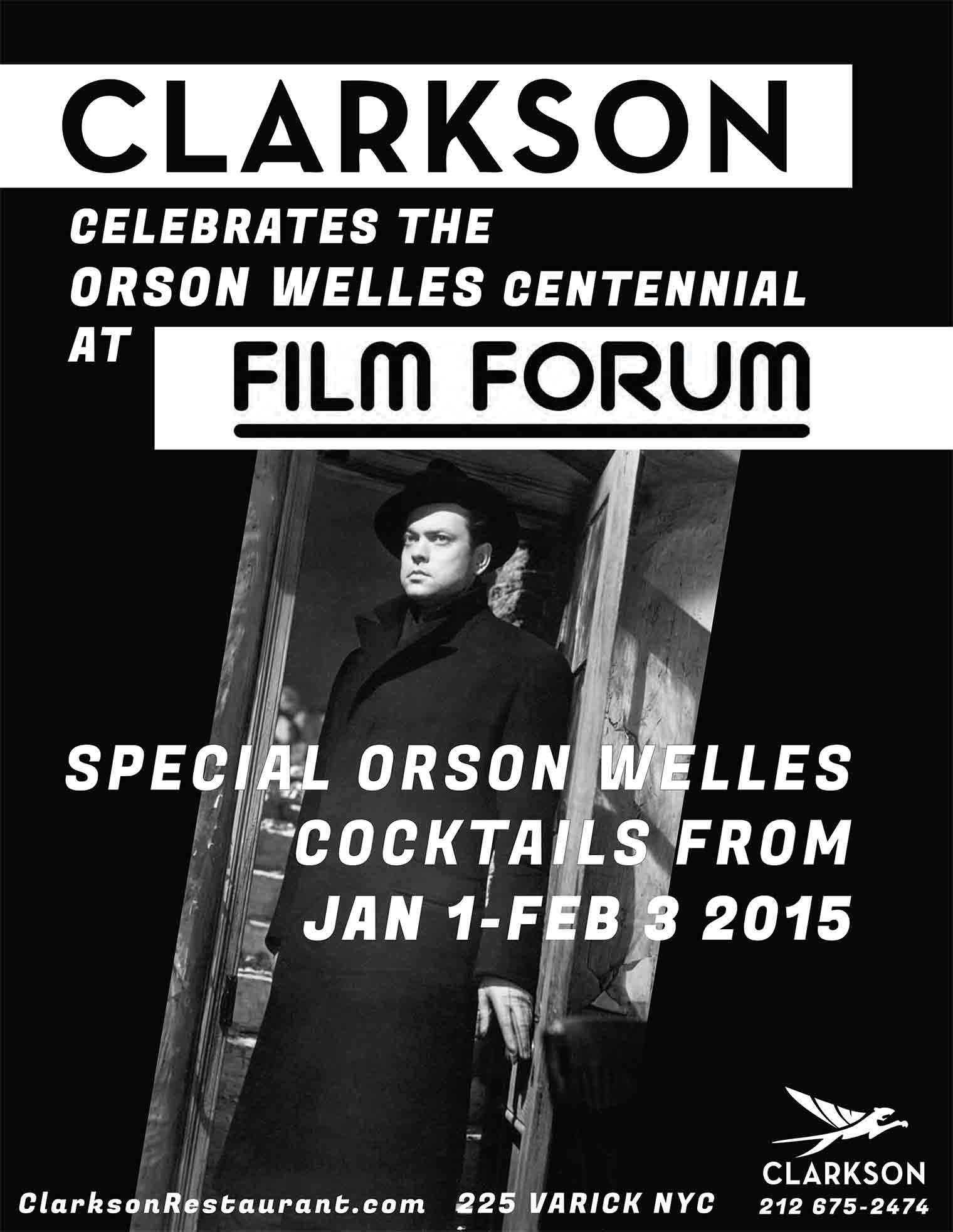 Our neighboring restaurant Clarkson pays tribute to our festival with two specialty cocktails:

“To consider the career of Orson Welles is to enter a labyrinth, full of restlessness and uncertainty. In theater, radio, film, television and more, he cast spells and broke them, only to make magic again.”
– Kristen M. Jones, Wall Street Journal
Click here to read entire article.

Click here to listen to Welles historian and author Joseph McBride discuss the festival and his friendship with the director on WNYC's "The Leonard Lopate Show."

THE STRANGER & JOURNEY INTO FEAR

MAN IN THE SHADOW & BLACK MAGIC

THE IMMORTAL STORY & F FOR FAKE

THE LADY FROM SHANGHAI & THE THIRD MAN

PRINCE OF FOXES & THE BLACK ROSE

TOO MUCH JOHNSON - SOLD OUT!

A MAN FOR ALL SEASONS