(1990) “As far back as I can remember, I always wanted to be a gangster,” narrates Ray Liotta’s Irish/Italian Henry Hill. And in Scorsese’s adaptation of this true story (based on the book Wiseguy by co-screenwriter Nicholas Pileggi), from teenage car parker to drug dealer to government squealer, this is total immersion into the Mafia world: the legendary single shot entrance to the Copacabana through the back door, the kitchens, and right to a magically appearing front row table; the impromptu late night meal at Joe Pesci’s mother’s place (played by Catherine Scorsese, Marty’s mom) when Liotta, Pesci, and Robert De Niro, stuck with a hot corpse, drop by for a shovel and a kitchen knife; where “What do you mean I’m funny?,” “Now go home and get your shinebox”, and De Niro’s casual invitation to Liotta’s fiery wife Lorraine Bracco to pick out a few Dior dresses, can be anything from a blood-chilling threat to a cue for sudden murder to a cheap gag; to Liotta’s last day as a hood, where an onslaught of frenetic visuals and nonstop pop hit fragments recreate the state of a strung-out cokehead. On numerous best of the year — and decade — lists, and nominated for 6 Academy Awards, winning only Best Supporting Actor for Pesci’s killer, so loathsome even his bloody comeuppance’s just not enough. Plus a memorable turn by Paul Sorvino as a pasta-making Don. Approx. 146 min. DCP restoration. 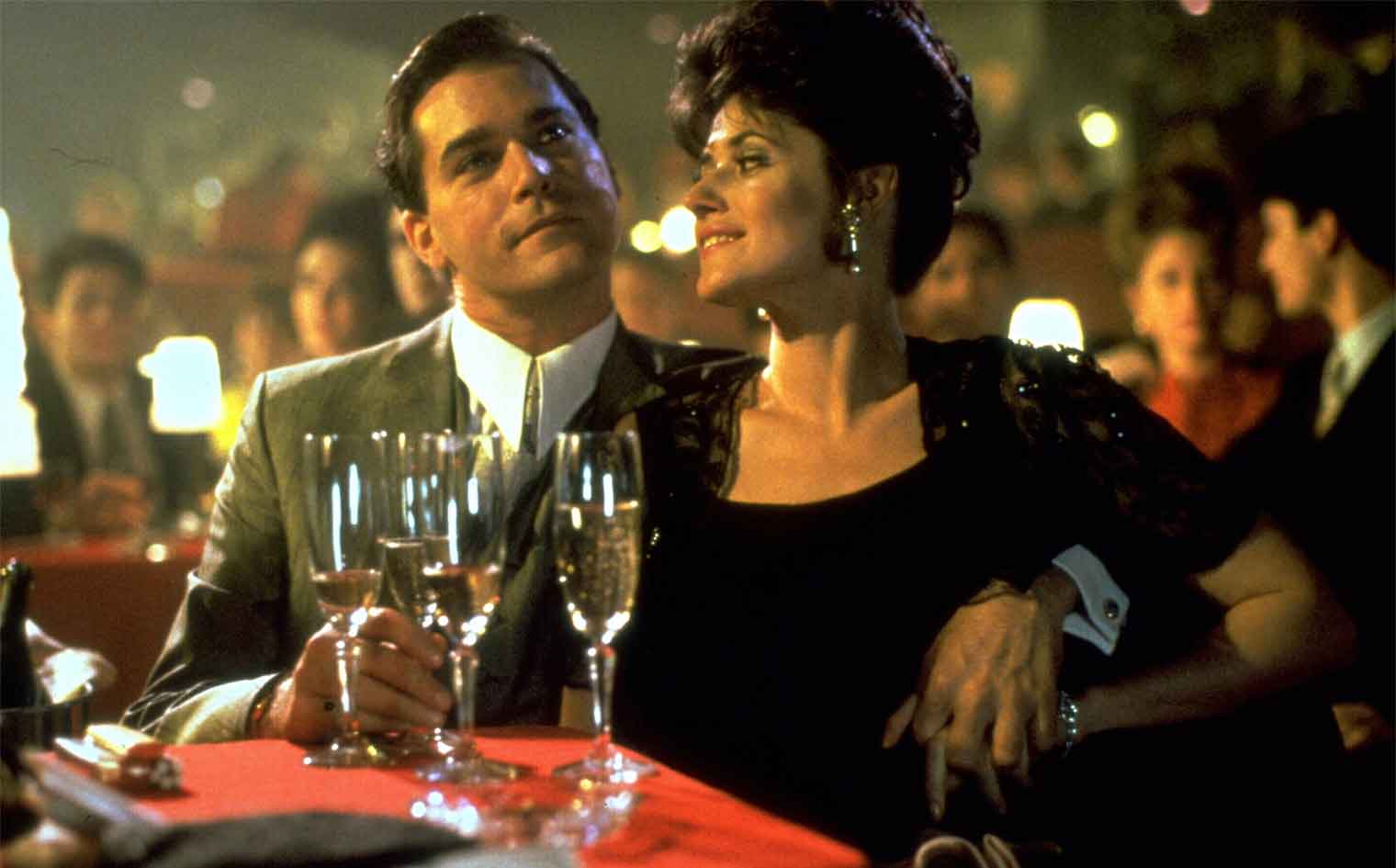 “AT 25, GOODFELLAS STILL PLEASES AND STINGS. Time and imitations have not diminished the film, an eccentric marvel whose rhythms are dictated not by plot but by coke and crime. It's the rare honest gang picture: Coppola staged operatic tragedy, complete with a love theme and aspirations to Shakespeare; Scorsese gives us pricks from the neighborhood."
– Alan Scherstuhl, Village Voice

"Scorsese broke out with street crime movies that critiqued their protagonists while indulging in their vices, yet it's Goodfellas, the most vicariously thrilling of the lot, that ultimately presents the soberest vision of how hollow (and short) these fast lives really are.”
– Jake Cole, Slant Magazine
Click here to read full review

“NO FINER FILM HAS EVER BEEN MADE ABOUT ORGANIZED CRIME — NOT EVEN THE GODFATHER!”
– Roger Ebert

“Excites the sense in a way few filmmakers even dream of, and its epic sweep and brilliantly energetic film language rest on a cluster of effortlessly expert performances.”
– Geoff Andrew, Time Out (London)

“Looks and sounds as if it must be absolutely authentic. It’s not just the New York settings, or the barrooms and diners and nightclubs in which the guys hang out. It isn’t even the throwaway bits of sociology the audience hears. The authenticity exists in the unimaginative ordinariness of the violent lives it depicts.”
– Vincent Canby, The New York Times

“Despite its horrifying explosions of violence, largely takes place as a giddy, amoral comedy.”
– Pauline Kael