(1959) “I’m going up and up and up. And no one’s going to pull me down!” When single mother Lana Turner loses her daughter (eventually growing up to be Sandra Dee) at Coney Island, she winds up finding equally husband-less African American mother Juanita Moore and budding photographer John Gavin, gaining both a loyal domestic and Faithful Friend. But then the betrayals multiply, as Turner single-mindedly pursues Broadway super-stardom — while blind to Dee and Gavin getting overly-chummy — and Moore’s daughter Susan Kohner (“giving one of the most desperate performances in Sirk’s work” — David Thompson) breaks her mother’s heart by “passing for white.” Sirk’s remake of a Fannie Hurst tear-jerker (films in 1934 with Claudette Colbert) was one of its studio’s biggest hits ever and the director’s farewell to Hollywood, subconsciously symbolized by its grandiose final funeral, featuring gospel great Mahalia Jackson. With competing Best Supporting Actress nominations for Moore and the in-life Hispanic/Jewish Kohner. This new 4K restoration showcases the lush Technicolor cinematography of Russell Metty, who’d shot the supremely b&w Touch of Evil only a year before. Approx. 124 min. DCP. 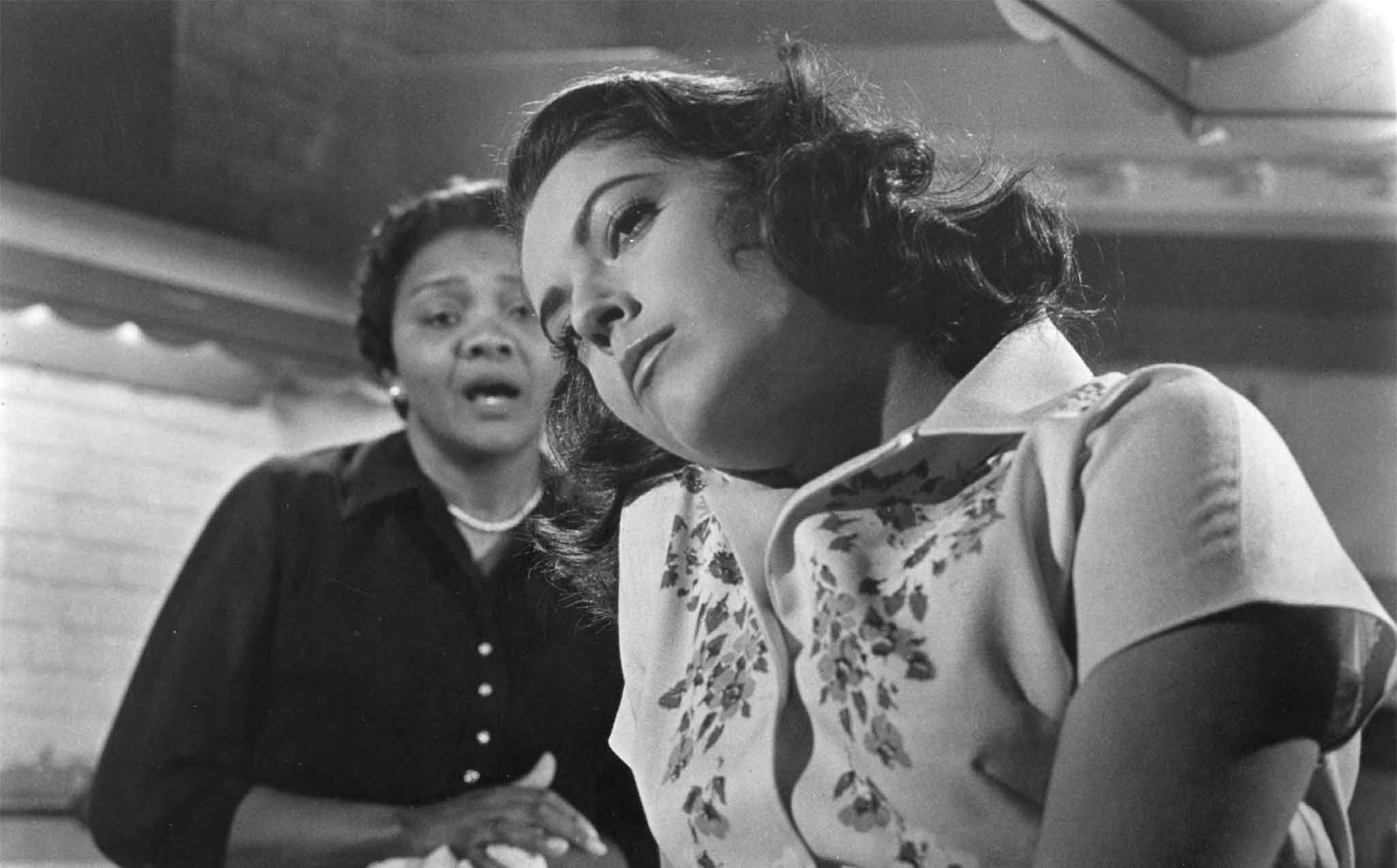 [highest rating]
#1 CRITICS’ PICK OF THE WEEK!
“Don’t miss the chance to see Sirk’s masterful 1959 melodrama on the big screen — the emotions of this enduringly relevant story about racial identity need the biggest canvas they can get.”
– Time Out New York

“AN AMERICAN MASTERPIECE! The toughest-minded, most irresolvable movie ever made about race in this country… remains the apotheosis of Hollywood melodrama.”
– Charles Taylor, Village Voice

“THE APEX OF 50s HOLLYWOOD MELODRAMA! GROWS RICHER AND DEPPER WITH THE YEARS!”
– Foster Hirsch

“A COLDLY BRILLIANT WEEPIE! Forget those who decry the ‘50s Hollywood melodrama; it is through the conventions of that hyper-emotional genre that Sirk is able to make such a devastatingly embittered and pessimistic movie”
– Geoff Andrew, Time Out (London)

“Some have surmised that Sirk was preparing to leave America and that he added hints of summing up what he guessed would be a smash hit… The strength of the film is in Susan Kohner’s great performance… as a girl who elects to lead that duplicitous life. And so Sirk took the old Hurst melodrama and turned it into a critique of racial identity in America… As usual with Sirk, the fine aesthetic control of so many hysterical scenes is the heart of the picture.”
– David Thompson

“Drunk on the lies and gross assumptions of its characters and the way they feed off of deceptive surfaces… Every word and image comes with a double meaning.”
– Ed Gonzalez, Slant

“One of the most intellectually demanding films ever made in Hollywood… By emphasizing brilliant surfaces, bold colors, and the spatial complexities of 50s moderne architecture, Sirk creates a world of illusion, entrapment, and emotional desperation.”
– Dave Kehr

“You don’t believe in the happy ending, and you’re not really supposed to.”
– Sirk