(1955, Orson Welles) Citizen Kane in reverse, as mysterious zillionaire Welles hires a drifter to research his own past, the witnesses providing a memorable procession of grotesques, from Mischa Auer’s flea circus magnate, to Michael Redgrave’s swish antiques dealer, to Katina Paxinou’s retired crime boss. 35mm. Plus Orson Welles in Spain (1966, David & Albert Maysles): Welles dazzles potential backers of a bullfighting picture that would evolve into The Other Side of the Wind. DiGiBeta. Approx. 109 min. 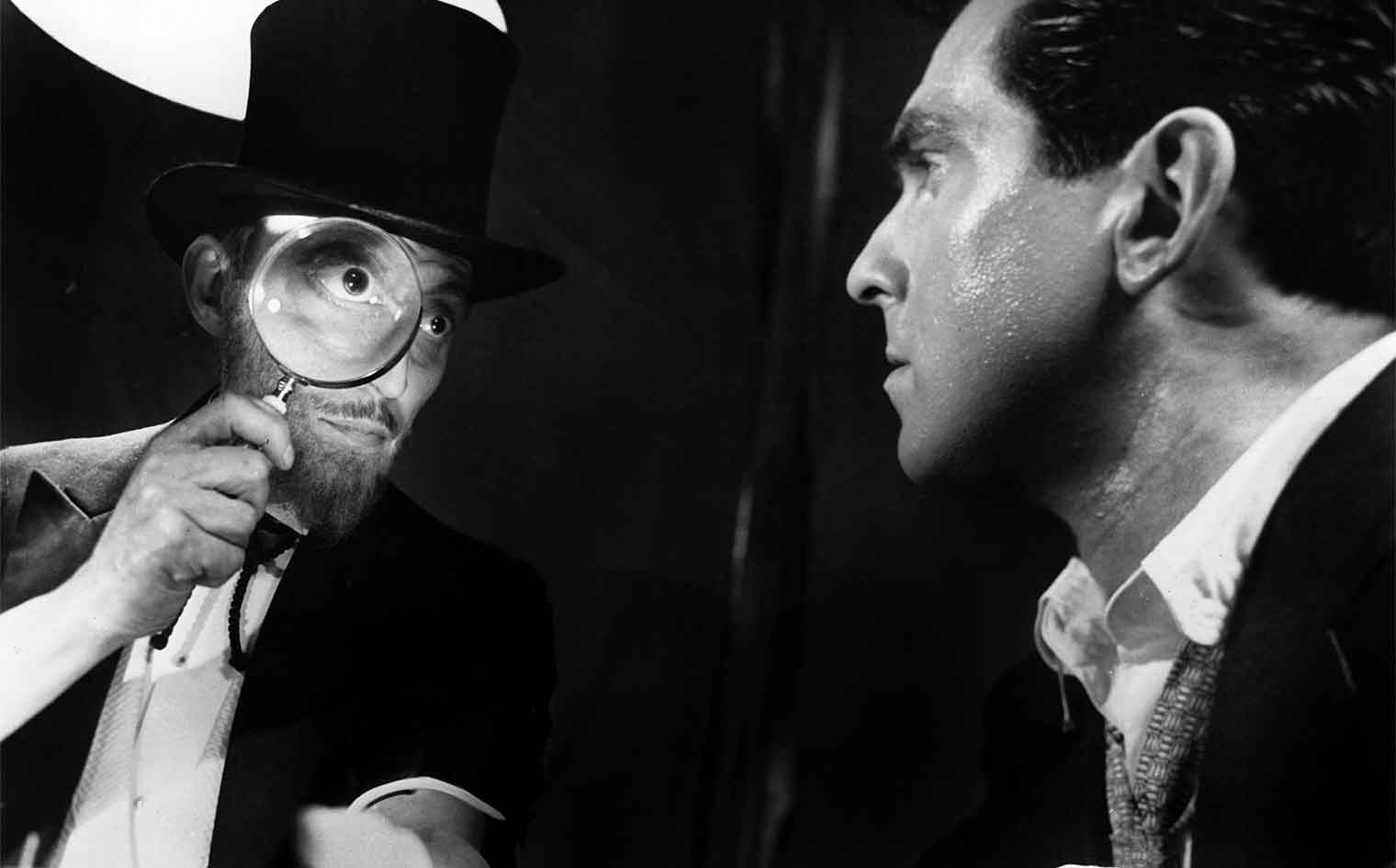 “It is, in turn, baffling, exciting, infuriating, original and obscure. It is also, from start to finish, the work of a man with an unmistakable genius for the film medium. In other words, it is typically Orson Welles. As an actor, he is as flamboyant as ever, pouring out metaphors in his mellifluous voice and tilting formidably at the camera every time it swerves in his direction. His Arkadin is less a performance than a presence, and, on screen or off, it overwhelms a film, which, for all its strangeness, is seldom less than brilliant.”
– The New York Times

“There is greatness in it—a greatness harshly criticizing itself.”
– Dave Kehr, Chicago Reader