(1938) In a lonely flophouse on a spit of land at the edge of Le Havre, outsiders converge: Jean Gabin’s hungry, broke, pugnacious, probably AWOL soldier; mysterious teenager Michèle Morgan in iconic beret and plastic raincoat; cheerfully disillusioned painter Robert Le Vigan; knickknack shopkeeper Michel Simon, proclaiming his honesty and love for sacred music, but sporting one of the cinema’s creepiest beards; and homme dur wannabe Pierre Brasseur, perpetually in search of the missing “Maurice”. Ultimately the choice comes down to a ship out or a continuing pursuit of a sudden love, in the first of the worldwide successes of director Marcel Carné and screenwriter Jacques Prévert (Le Jour se Lève, Children of Paradise, etc…), the archetypal exemplar of pre-war “poetic realism.” In French, with English subtitles. DCP. Approx. 91 mins.

“Everything in Jacques Prévert’s script is essential—seemingly throwaway lines loop back to revelations, and shoulder shrugs sum up characters—without sacrificing an overarching, undefinable sense of operatic futility. For these outcasts, life is as heavy and elusive as the fog that never abates in this port town; and the film’s greatness arises from its belief in the transcendence of impermanence, in the immortality of fleeting but true affections. From Gabin’s fatigued magnetism to cinematographer Eugène Schüfftan’s woodcut-worthy attention to texture, this is movie melancholia of the very highest order.”
– Eric Hynes, Time Out

“In 1938, no film looked more revolutionary than Port of Shadows. With its opening scene of bedraggled Jean Gabin struggling down a foggy road, the very temperament of French cinema changed.”
– Dudley Andrew

“Jacques Prévert's typically astute script is merely the starting point for one of the most roundly satisfying crime movies of the pre-war years; with its gallery of garrulous low-lifes, Alexandre Trauner's magically evocative sets, the melancholy mists and shadows conveyed by Eugène Schüfftan's camera, Coco Chanel's discreetly stylish costume designs and Maurice Jaubert's haunting score, the film is a wonder of collaborative artistry. The bittersweet atmosphere of fatalistic romanticism is brilliantly sustained by Carné and his cast.”
– Geoff Andrew

“Dark, mysterious and shrouded in sensuous fog that Gabin's character says is part of the emotional weather he carries around with him… The dialogue by Jacques Prévert boasts glorious lines comparable to those in Children of Paradise. Nelly says: ‘Each time the sun rises we think something new will happen.’ Pessimistic, yet strangely sublime.”
– Peter Bradshaw, The Guardian

“Essentially, this is film noir, so there’s crime and romance, but both are submerged beneath a resolutely ground-level exploration of lives in crisis – a mood bolstered by shots of the down-and-dirty French port groaning into action.”
– Dave Calhoun, Time Out (London)

“Carné’s direction is masterful, not only in his handling of the actors, but in the visual suggestiveness he obtains from Schüfttan’s images and from Trauner’s perfect settings. Gabin and Morgan convey a real warmth of love that is rare in Carné’s work. The film expresses so clearly (though unconsciously) the pessimistic mood of France before the 1940 debacle that Vichy spokesmen claimed, ‘If we have lost the war it is because of Port of Shadows.’”
– Georges Sadoul 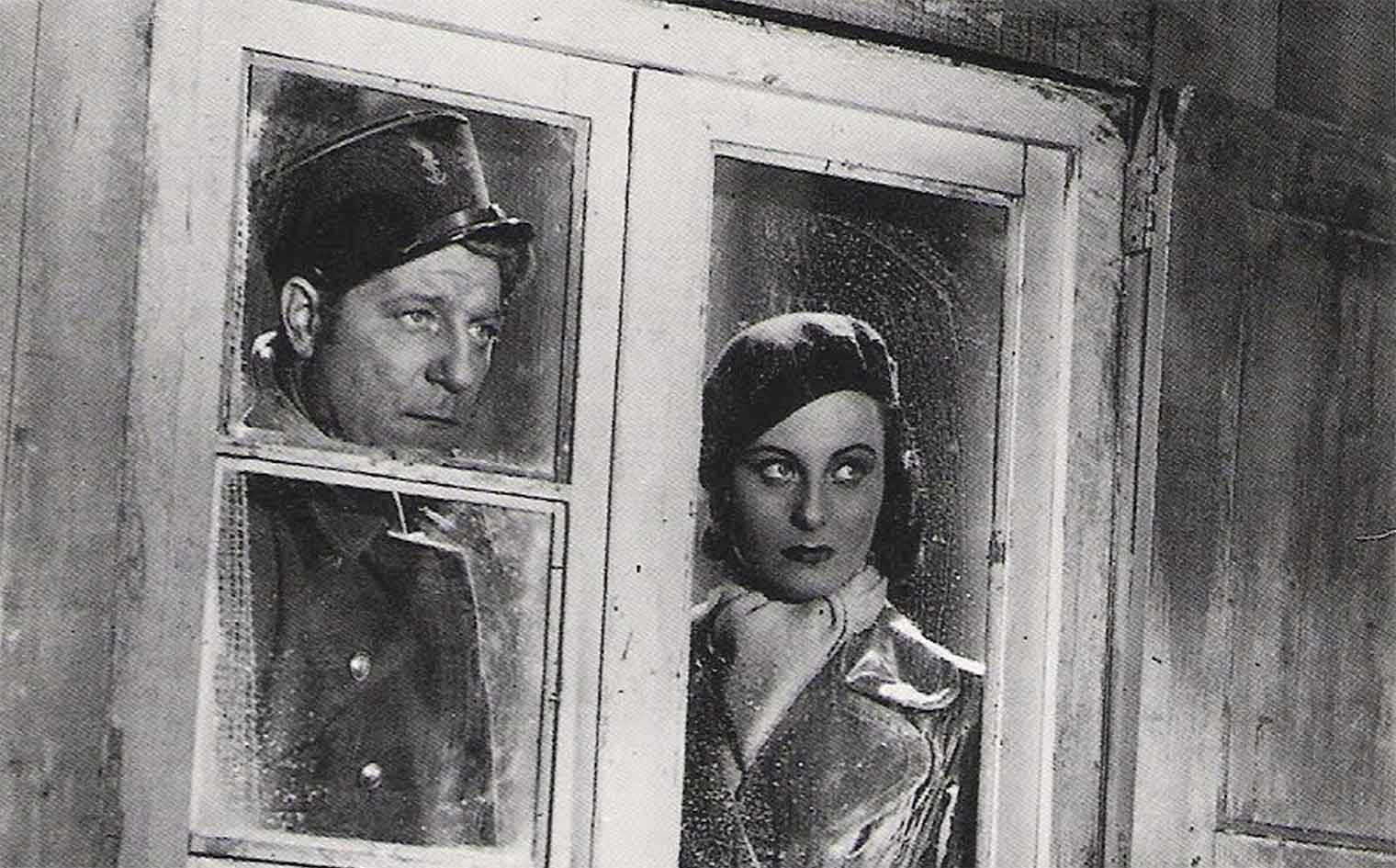