ROCCO AND HIS BROTHERS

(1960, Luchino Visconti) Joining the tragic exodus of millions from Italy’s impoverished south, the formidable matriarch of the Parondi clan (Katina Paxinou, Best Supporting Oscar, For Whom the Bell Tolls ) and her brood emerge from Milan’s looming Stazione Centrale in search of a better life in the industrial north. But, as they inch up the social ladder, family bonds are ruthlessly shredded, as the love of Alain Delon’s saintly Rocco (“one of the most vivid and complex characters in all of Visconti’s work” – Vincent Canby) for prostitute Annie Girardot drives brutish boxing sibling Renato Salvatori to rape and murder. Simultaneously a documentation of a changing society; a kind of continuation of Visconti’s classic La terra trema; an evocation of the works of Sicilian titan Giovanni Verga, Dostoyevsky’s The Idiot , and Thomas Mann’s Joseph and His Brothers ; and a visual tour de force as lensed by Giuseppe Rotunno (The Leopard, Amarcord, All That Jazz, etc. ), Rocco rocketed Delon and Girardot to international stardom and vaulted Visconti to his second triumvirate — here with Antonioni and Fellini — at the cutting edge of Italian filmmaking (his first, with Rossellini and De Sica, in the heyday of neo-realism). The director’s personal favorite, Rocco’s mix of realism and intense, operatic emotion would profoundly influence the work of Coppola and Scorsese. Approx. 180 min. DCP. 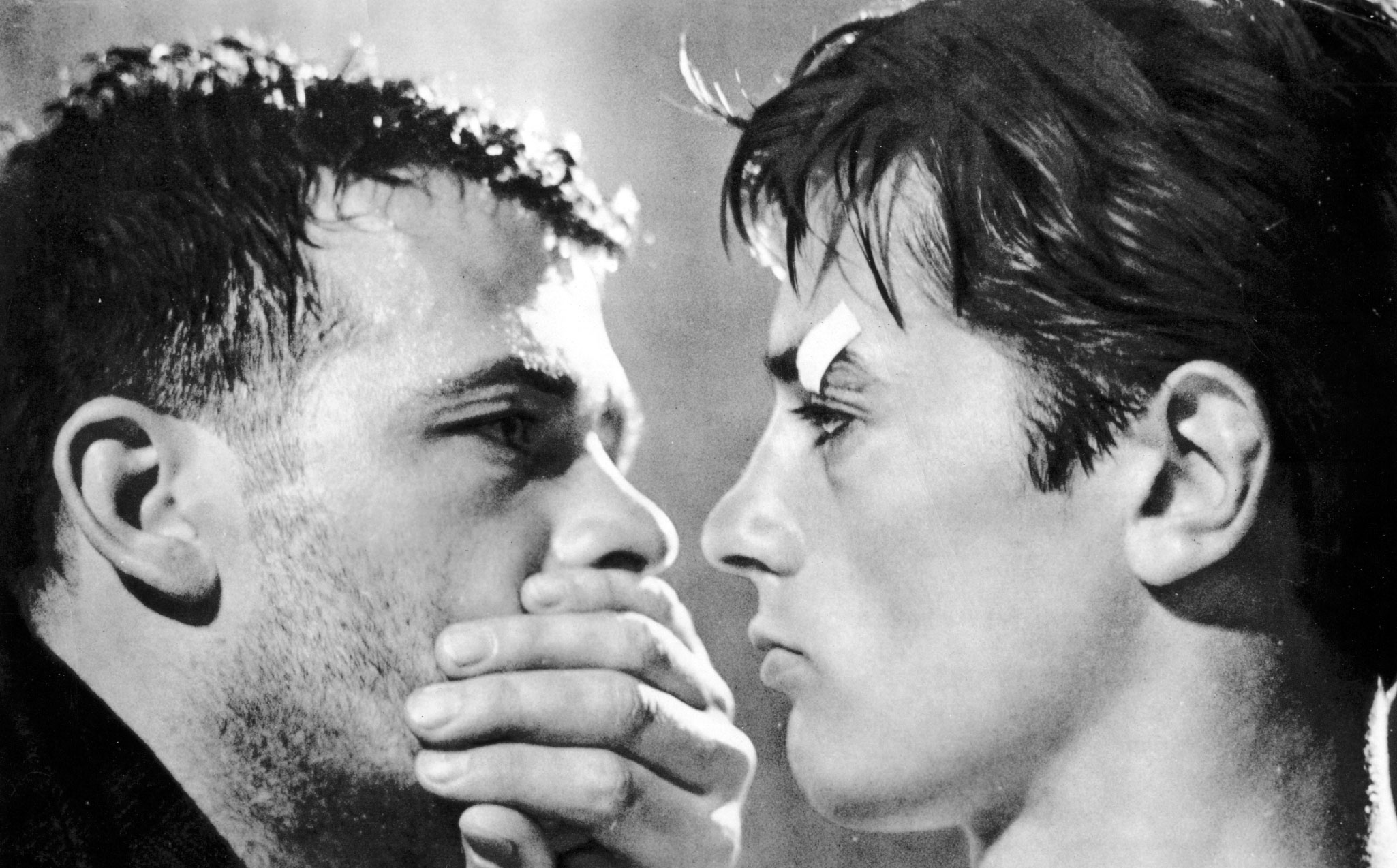 “MADLY AMBITIOUS! Visconti's rare 1960 epic is more operatic than his masterpiece, The Leopard. You need to see it to understand the bar Visconti set for those passionate Italian-American movie buffs Scorsese and Coppola.”
– David Edelstein, New York Magazine

“ONE OF VISCONTI’S MOST ENDURING ACHIEVEMENTS!”
– Vincent Canby, The New York Times

“A MASTERPIECE! A FILM OF EXTRAORDINARY RANGE AND AMBITION!”
– Dave Kehr

“Reminds us only too clearly what special-effected, thrill-gluttonous affairs movies have become. The great movies used to be wines. Now they’re diet sodas... Rocco [is] a richly textured drama, resoundingly alive with characters. It has a lasting bouquet, rather than a quick fizz, with painterly compositions, adroit camera movement, stylized choreography and stirring music... Visconti, with his masterful direction, makes this collective descent more than just a family saga. It’s a living frieze full of anguished souls.”
– Desson Howe, The Washington Post

“With the emotional sweep of a Verdi opera and the narrative density of a 19th-century novel, Rocco and His Brothers represents the artistic apotheosis of Italian neo-realism. Visconti embedded his schematic sense of history in sensual and emotional detail — you don’t observe his characters so much as live alongside them. Its richness is inexhaustible. Neither the neighborhood intimacy of Mean Streets nor the grandeur of the Godfather movies is imaginable without Visconti’s example.”
– A.O. Scott, The New York Times