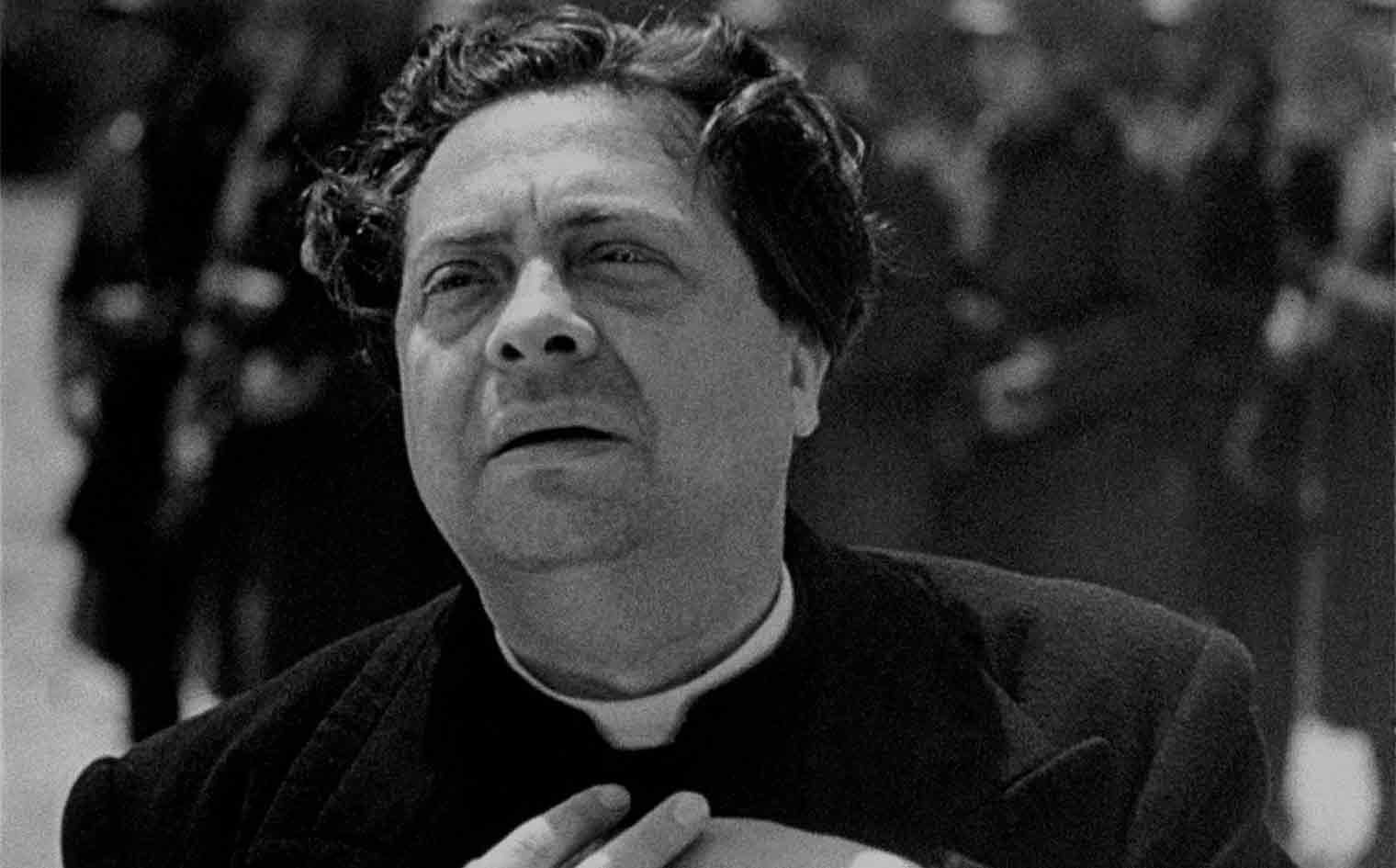 (1945) Rome, winter 1943: as screeching-tired Gestapo dragnets blanket the “open city,” Resistance leader Marcello Pagliero escapes from his apartment by running across the rooftops (as did co-screenwriter Sergio Amidei in real life), as pregnant widow Anna Magnani prepares for her wedding, parish priest Aldo Fabrizi uses the “frying pan method” to hide the local boys’ bomb brigade’s hardware, and effete Major Harry Feist riffles through his collection of incriminating ID photos – but betrayal, a broad-daylight machine-gunning, a Partisan ambush, blowtorch torture, and death by firing squad loom… Based on actual people and all-too-recent incidents (Magnani’s electrifying final scene was inspired by her enraged pursuit of her boyfriends’s escape by truck); written in a week in Federico Fellini’s kitchen (the only place with heat); shot on a number of the real locations, and cast mainly with non-pros (Fabrizi and second-choice Magnani were already famous, albeit for comedy), Open City’s documentary look and still hair-raising violence rocked audiences and critics around the world, making Neo-Realism, Rossellini, and Magnani world-famous, sharing the top prize at Cannes, and running twenty-one consecutive months at a single New York cinema. For years seen only in beat-up copies with hopelessly inadequate subtitles, this new restoration conveys the full meaning (and even the humor) of the dialogue for the very first time. Approx. 103 min. DCP. 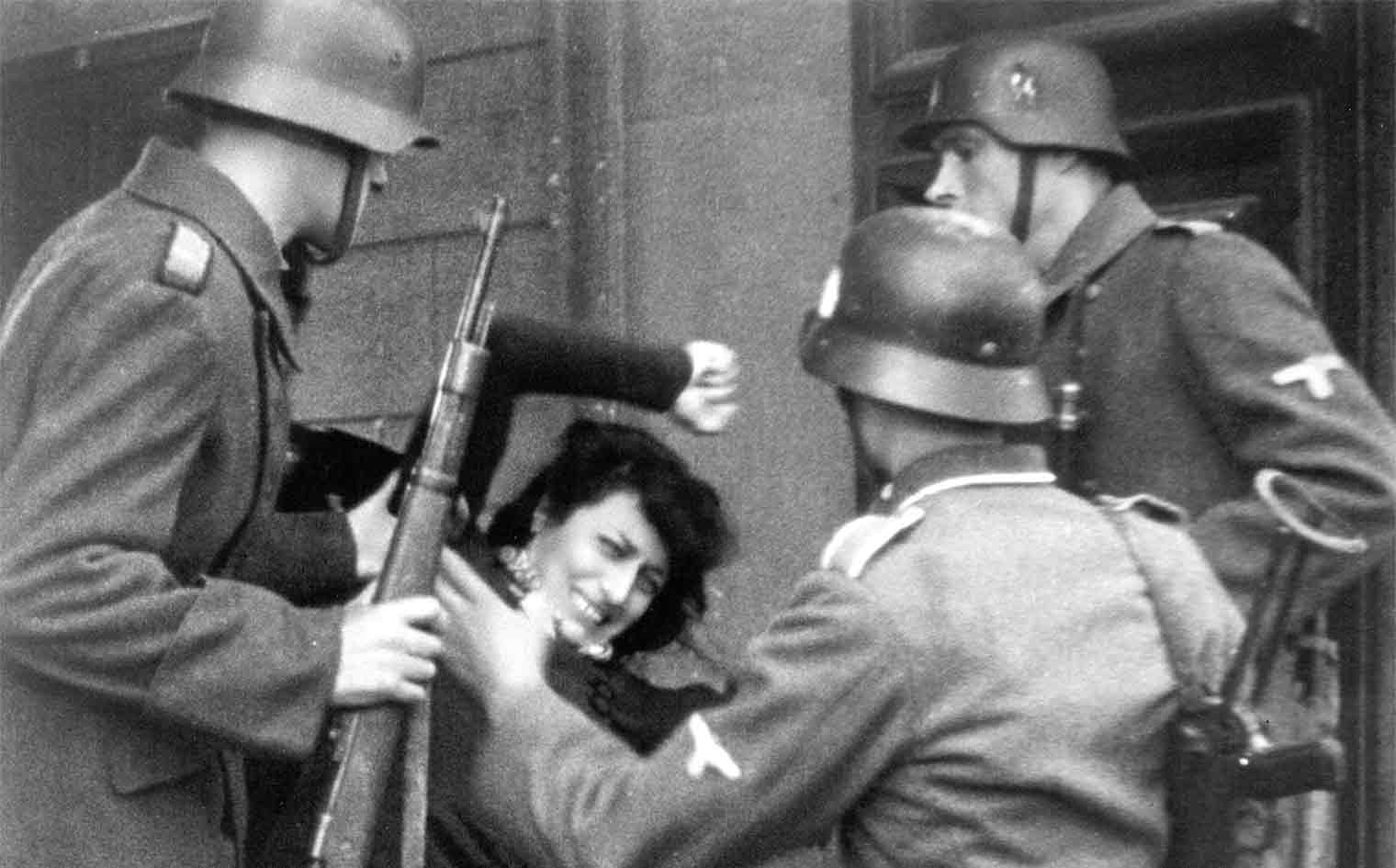 "A STILL-THRILLING CALL TO CONSCIENCE AND HOPE! Shot with electrifying urgency months after Rome’s liberation… a cinematic landmark [that brought] Italian neorealism to world-wide attention. Born of wartime trauma and a desire for unity in the new Italy that would come, Rome Open City has lost little of its power."
- Kristin M. Jones, Wall Street Journal
Click here to read the full review

“THE MOST PRECIOUS MOMENT OF FILM HISTORY!”
– Martin Scorsese

"ROSSELLINI’S NEOREALIST MASTERPIECE... Aldo Fabrizi is compelling as a sympathetic priest, as is Marcello Pagliero as a cool Communist. But towering over all is Anna Magnani, as a pregnant widow, mother and bride-to-be... Plain-spoken, tender and yet indomitable, she provides the film’s central anima."
- Andy Webster, New York Times

“Rossellini’s tense, bloody, death-haunted film conjures an authenticity that’s based less on its quasi-documentary style than  on a vision that brings ideas to life. It offers a template for a postwar renewal of Italy, as well as Italian cinema.”
- Richard Brody, New Yorker

“The fame of Rossellini’s brutal, melodramatic account of the underground resistance to the Nazi occupation rest on its extraordinary immediacy and its rough, documentary look; at its most startling, it seems ‘caught’ rather than staged. Many Americans, used to slick war films, reacted to it as if it actually were caught… The movie gave us a cross-section of a city under terrible stress.”
– Pauline Kael

“Rossellini’s Neo-Realism masterpiece… It scarcely matters how many times you watch it… The story plays like a gripping thriller: a cat-and-mouse game between Gestapo and resistance cell.”
– Cath Clarke, The Guardian

“Still a picture of unrivaled immediacy and passion… memorably preserved a place and a time – and taught generations of filmmakers how to preserve theirs.”
– Michael Wilmington