(1960) “I am Spartacus.” “I am Spartacus!” “I AM SPARTACUS!!” Kirk Douglas, a slave drafted for the gladiator arena, decides, once he’s got a sword in hand and been spared by African combatant Woody Strode, that it’s time for the oppressed to take on the Roman Republic – where the backstabbing and intrigue equal the battlefield exploits, and where steely-eyed dictator wannabe Laurence Olivier has to contend with crafty ward-heeling senator Charles Laughton, his slave-dealing pal Peter Ustinov (Academy Award, Best Supporting Actor), and his protégé John Gavin’s Caesar. Executive producer Douglas’ duties included sending each luminary a custom-tailored script in which he or she had the most interesting part, canning post-Jimmy Stewart Westerns and pre-El Cid director Anthony Mann after the first week of shooting (the Death Valley opening is his) for his 31-year-old Paths of Glory director, and publicly acknowledging blacklistee Dalton Trumbo as the author of the screenplay, thereby crucially aiding in breaking the decade-long political lockout. The massive 1991 restoration – now more eye-popping than ever in this new 4K restoration – returned colorful scenes of gore, and the celebrated censored scene of Olivier discussing “oysters and snails” in a bath with Tony Curtis, with Anthony Hopkins replacing missing soundtrack with his celebrated imitation of the deceased Olivier. Despite studio nervousness about record-breaking cost, and possible right-wing backlash over a Bible-less, revolutionary epic, Universal’s biggest smash up to that time and winner of four Academy Awards – Ustinov’s, and for cinematography, sets, and costumes. Approx 207 mins. DCP. 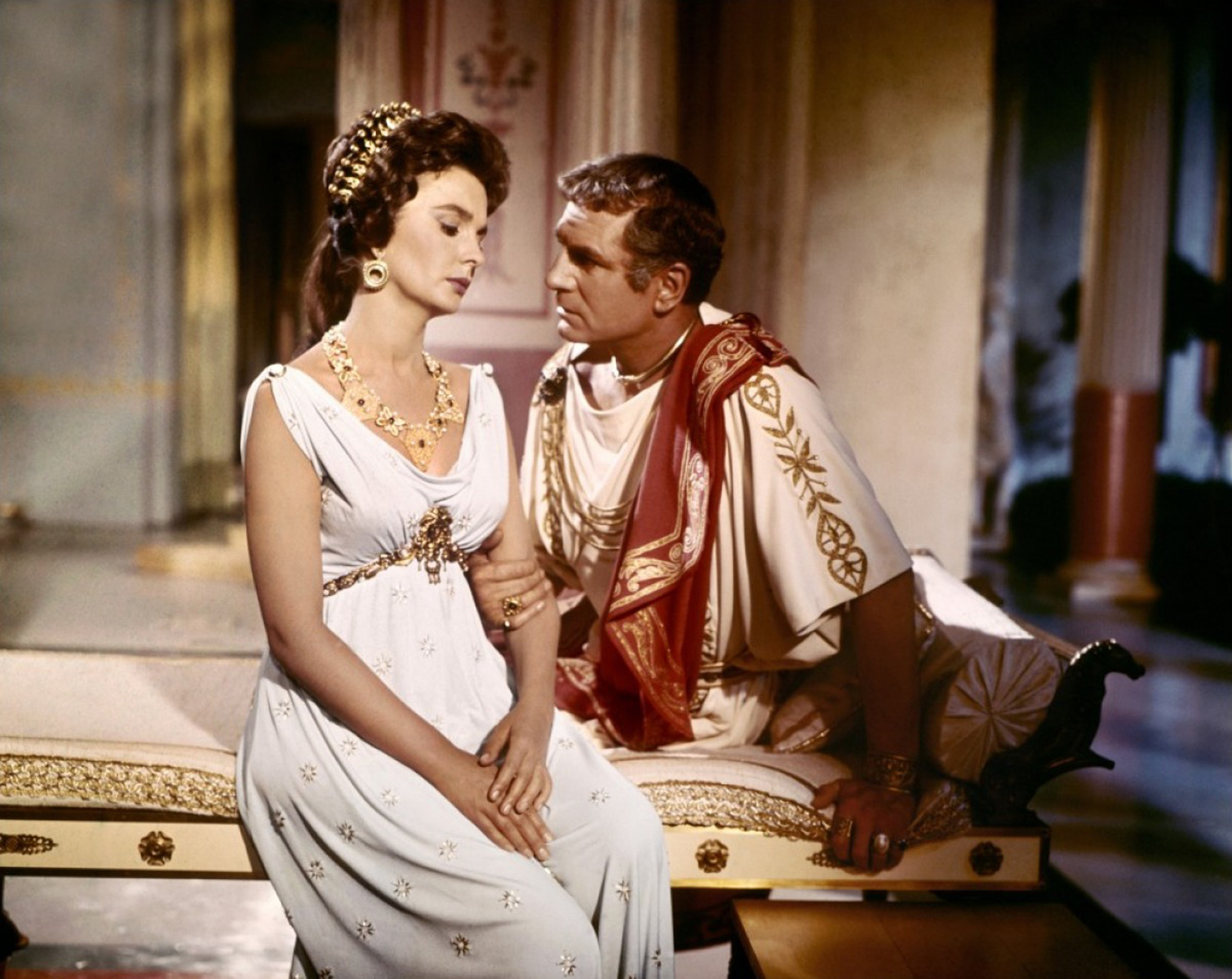 Museum of the Moving Image will host a preview screening of Trumbo, with star Bryan Cranston and director Jay Roach in person, on November 5, as well as two films written by Dalton Trumbo (using a pseudonym) during the blacklist: Gun Crazy (Friday, October 20) and The Brave One (Sunday, November 21).

“AN EXTRAORDINARY EPIC WITH INTELLECTUAL STRENGTH! Two things stand up best over the years: the power of the battle spectacles, and the strength of certain performances – especially Olivier’s fire, Douglas’ strength, and Laughton’s mild amusement at the foibles of humankind. The most entertaining performance in the movie, consistently funny, is by Ustinov, who upstages everybody when he is onscreen (he won an Oscar).”
– Roger Ebert

“Tanned to bronze perfection, with brush-cut hair and a dimpled chin that juts out in rage, Kirk Douglas is the quintessence of old-fashioned manly heroism… Kubrick's epic — by turns grand, stodgy, and thrilling — successfully sweeps us back to an era when machismo had soul… Spartacus seems to teeter between eras, fusing the moral and visual clarity of classic movie epics — scenes of carnage, squalor, and political revolt transformed into widescreen eye candy — with dashes of contemporary knowingness, most notably in the superb, slyly mordant performances of Olivier, Laughton, and Ustinov.”
– Owen Gleiberman

“Kubrick’s sandal saga has aged amazingly well. Needless to say, the film’s big Brit hitters – Ustinov, Olivier and especially Laughton – all make exceptional work of Trumbo’s reflective screenplay, while Kubrick himself handles the film’s mechanics of corruption with skill. This is widescreen, epic filmmaking on a massive scale. To see it once again on the big screen, in all its expansive glory, is a treat.”
– Derek Adams, Time Out (London)