THE BEST YEARS OF OUR LIVES

(1946) On their flight back from WWII, three servicemen look down on their city: Army Sergeant Fredric March (Best Actor Oscar) returns to wife Myrna Loy and daughter Teresa Wright, but finds his bank exec job needs booze lubrication; ex-soda jerk, ex-B-17 pilot Dana Andrews finds pre-war wife-of-a-month Virginia Mayo wants him as little as he wants her... but then meets Wright; and handless seaman Harold Russell — an actual amputee who’d never acted before (and yet won two Oscars, one honorary and one for Best Supporting Actor) — faces Cathy O’Donnell, the girl he left behind; and through their meetings at Hoagy Carmichael’s bar, these very disparate lives intertwine. An evocation of the experience of a generation, a tour de force of deep focus photography by Citizen Kane’s Gregg Toland, and Wyler’s most personal picture — the March/Loy reunion echoed his own with his wife, he was reprimanded for taking a poke at a bigoted civilian, and on his last bombing run for a documentary, he permanently lost his hearing — and an overwhelming box office and critical hit that nabbed 7 Oscars, including Best Picture and Best Director. Approx. 168 min. DCP. 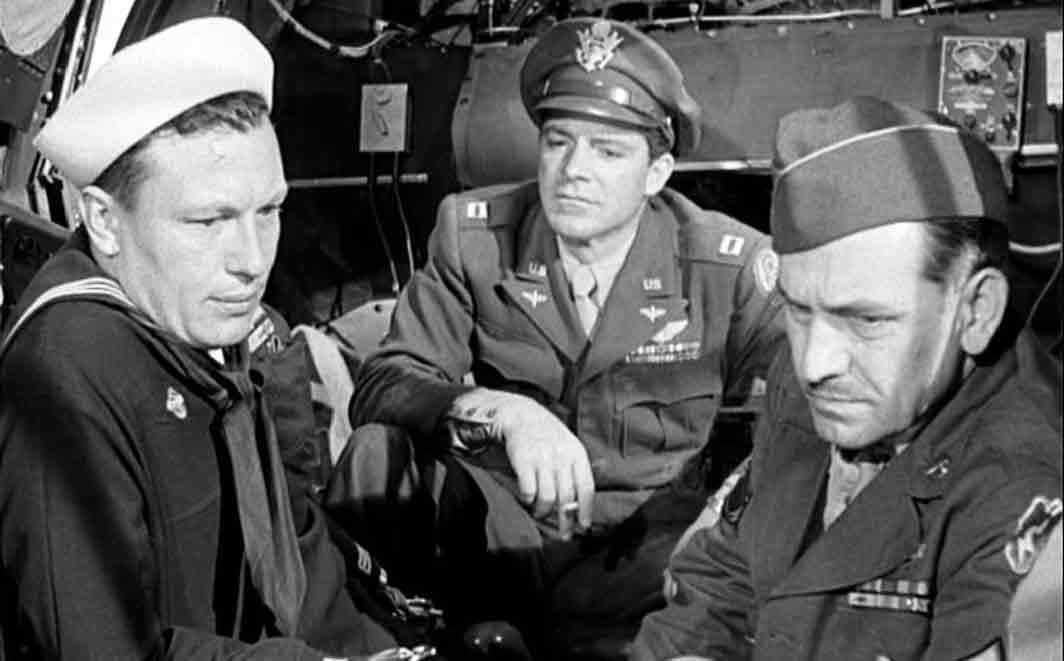 “THE RESTORATION IS REVELATORY!  Many people after the screening said that they'd seen it countless times and were still stunned last night by what they'd never noticed.   And I felt the same way - probably 100 moments, no exaggeration, registered for me for the first times.”
– Mark Harris, author of Five Came Back (following Friday night’s screening at Film Forum)

#1 CRITICS’ PICK
“A TERRIFIC RESTORATION WITH A STELLAR CAST!”
– Time Out New York

"The 70th anniversary of D-Day is here, but any excuse will do to watch William Wyler’s The Best Years of Our Lives—one of the first and arguably the best of the traumatized-vet movies."
– David Edelstein, New York magazine

"From lending practices to postwar Red-baiting, liberalized education to the fear of nuclear war, Wyler, working with a script by Robert E. Sherwood, captures the sense of history being written on the fly, of momentous shifts in mind-sets and expectations. In the movie’s nearly three-hour span, the chrysalis of an old world seems to crack open and a fragile new one begins to emerge; a deep and tender romanticism arises from the exposed vulnerabilities."
– Richard Brody, The New Yorker (June 2014)
Click here for the full review

"Each of the three men, in their own way, chase some form of oblivion, and if The Best Years of Our Lives emerges as a more contemporary-seeing film than almost anything else to which its ingredients could compare, it's because of how it wrestles with the burden of patriotism. The nation's problems are right there in plain sight, just as clear as cinematographer Gregg Toland's typically precise deep-focus shots."
– Eric Henderson, Slant Magazine
Click here to read the full review

“A MODEL OF HOLLYWOOD CRAFTMANSHIP! One of Wyler’s best films... Robert Sherwood’s script is thorough without falling into undue sentimentality or bombast, the performances throughout are splendid, and Toland’s masterly camerawork serves as a textbook on the proper use of deep focus.”
– Geoff Andrew, Time Out (London)

“UTTERLY GRIPPING! One of the great themes of the postwar American cinema is the veteran’s trauma, and perhaps the greatest film on the subject was also one of the first, Wyler’s The Best Years of Our Lives... Wyler’s deep-focus shots evoke thick and deep social bonds even as they were being wrenched apart.”
– Richard Brody, The New Yorker

“The story Wyler and Sherwood wanted to tell was not about the end of the war, but about the end of its aftermath — the moment at which, sometimes with resignation, sometimes with renewed hope, and often with uncertainty, the men of World War II would begin to live in a world that was no longer defined by their military service. They would have to write their own futures.”
– Mark Harris

BEST YEARS OF OUR LIVES: Intro by Mark Harris