THE CABINET OF DR. CALIGARI

(1920) “When will I die?”  “At first dawn.” The purest expression of Expressionism on film, and perhaps the first true horror classic, its influence on lighting, décor and atmosphere omnipresent to this day. In the seemingly right-angle-less village of Holstenwall (doors and windows sport impossibly sharp angles, walls are tilted, staircases assume eccentric diagonals, shadows are painted blotches), the carnival boasts the macabre act of Werner Krauss’s bizarrely made-up Doctor Caligari and his coffin-cradled, all-questions-answering Somnambulist, Cesare (Conrad Veidt, Casablanca’s Major Strasser) - but why is Hans von Twardowski dead the next day? Has Cesare kidnapped Lil Dagover while he’s still in his coffin? And in an obviously mad world, who is the madman? Seen over the years mostly in murky, incomplete copies, this new restoration, gleaned from materials in ten international archives, gives us perhaps the most complete version ever exhibited in this country - with its original color tinting and toning and even the carefully-designed original Expressionistic title cards - and at last a real sense of the phenomenon that electrified the film world. New orchestral score. Approx. 77 min. DCP. 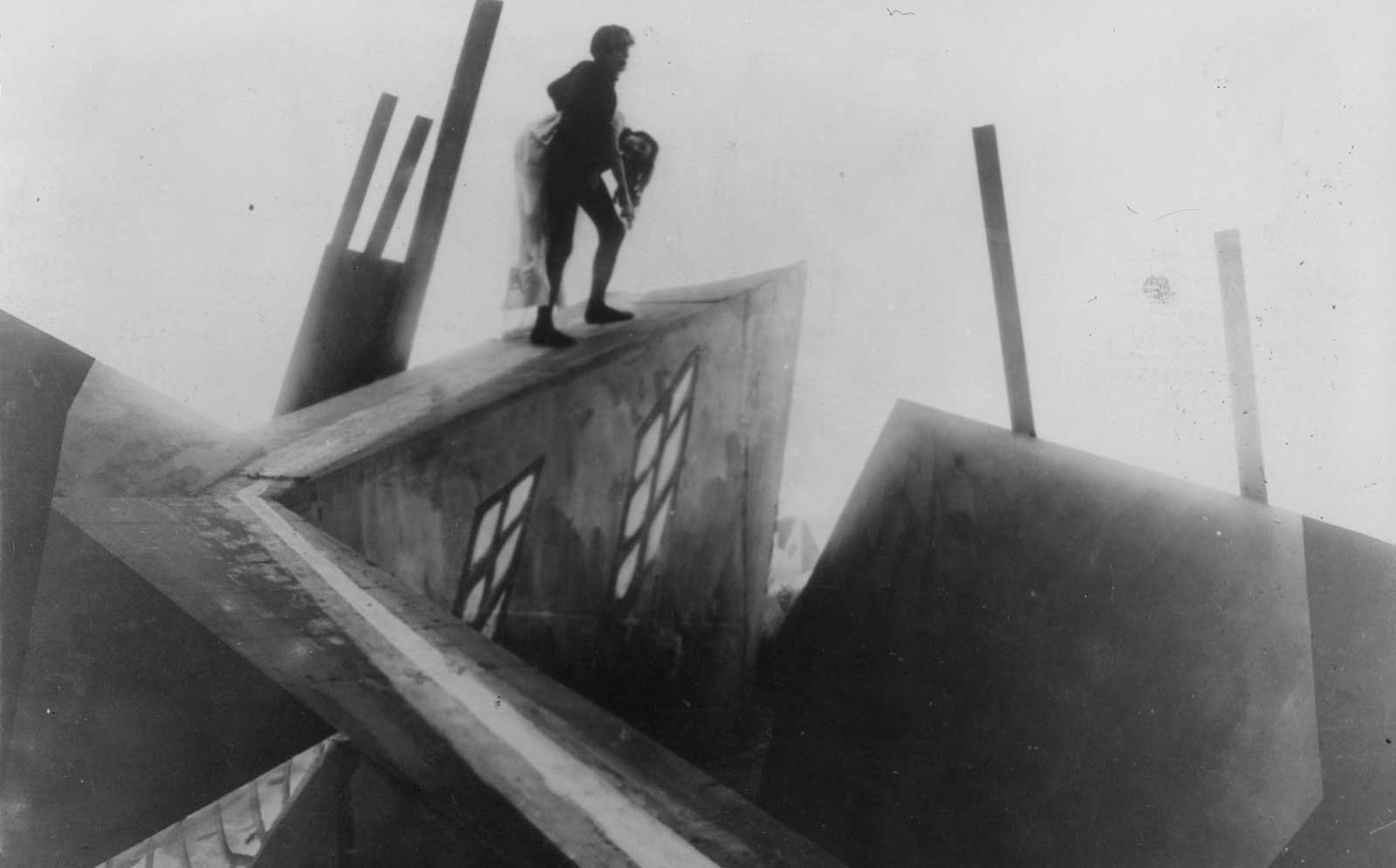 "Aided and abetted by one of Carl Mayer's best scripts and remarkable, distorted sets painted by Hermann Warm, Walter Röhrig, and Walter Reimann, this is more than just a textbook classic; the narrative frame creates ambiguities that hold certain elements of the story in disturbing suspension. A ONE-OF-A-KIND MASTERPIECE.”
– Jonathan Rosenbaum, Chicago Reader

“Undoubtedly one of the most exciting and inspired horror movies ever made. The story is a classic sampling of expressionist paranoia about a hypnotist who uses a somnambulist to do his murders, full of the gloom and fear that prevailed in Germany as it emerged from WWI. There are plenty of extremely boring sociological/critical accounts of the film; best to avoid them and enjoy the film's extraordinary use of painted light and Veidt's marvellous performance.”
– David Pirie, Time Out (London)

“A case can be made that Caligari was the first true horror film. There had been earlier ghost stories and the eerie serial "Fantomas" made in 1913-14, but their characters were inhabiting a recognizable world. Caligari creates a mindscape, a subjective psychological fantasy. In this world, unspeakable horror becomes possible.”
– Roger Ebert

“Caligari is alive and well. Erich Pommer produced and Robert Wiene directed the film, but the most exciting element is the décor—jagged, nightmarish, distorted, the expression of a deranged sensibility—and that was done by Hermann Warm, Walter Reimann, and Walter Röhrig, stage designers crossing over to the movies. The story had a frame to it, in which Caligari was a supposedly benign master of the asylum and Francis and all the others were inmates. So the film was like a Freudian case, a sign that madness could be healed. No one has ever been satisfied with this smiling act. Caligari ranks as a deeply sinister figure (all the more so for controlling the action) and the movies’ first mad psychiatrist.”
– David Thomson

“The audience, confined in the madman’s universe, sees what the madman sees: distorted perspectives, eerie painted lights and shadows, an angular, warped world of fears and menace. The sets are used expressionistically to convey the madman’s thoughts, to intensify the characters’ emotions, and to emphasize the meanings of action. Caligari, the most complete essay in the décor of delirium, is one of the most famous films of all time, and it was considered a radical advance in film technique, yet it is rarely imitated – and you’ll know why. Werner Krauss is the nightmare image of a psychoanalyst – the hypnotist Caligari – with, in his cabinet, the somnambulist Cesare, played by the extraordinarily tall, thin, young Conrad Veidt.”
– Pauline Kael