(1970, Hal Ashby) “You know what NAACP means, don’t you?” Whiter than white, richer then rich, callower than callow (“I’m 29!”) Beau Bridges tells the camera, on the impeccable lawn of his family compound as the black butler delivers him a drink, that he needs a home of his own – except his dream house is a tenement in the way-before-gentrification Park Slope! Think he’ll get the African-American tenants to move out? Think he can even get them to start paying rent? And bring back those hubcaps! First feature by Hal Ashby (Harold and Maude, Shampoo, Being There, Coming Home) is both a time capsule of 70s cinema – direct-to-the-camera dialogue, jagged editing, jarring bursts of music on the soundtrack, echoey on-location sound … and those bellbottoms! – as well as an edgy (before the term was coined), rope-dancing-on-the-razor’s-edge dramedy on race in America, with Bridges’ mom, Oscar-nominated Lee Grant, taking a break from nurse-maiding the Spinal Meningitis Ball to get down on a pot likker with Pearl Bailey; Diana Sands’ painfully making a shocking admission to “Sioux Indian” hubbie Lou Gossett; Robert Klein’s turn in blackface; and the ‘N’ word, but not said by whom, and to whom, you might think. With camera work by the great Gordon Willis (Klute, All the President’s Men, Annie Hall and all three Godfathers); screenplay by black actor/writer Bill Gunn (Ganja and Hess); and as the good-natured jerk rich boy (“I’m a bastard”), a could-pass-for-18 Beau Bridges, who surprisingly was 29 at the time. 35mm. Approx. 112 min. 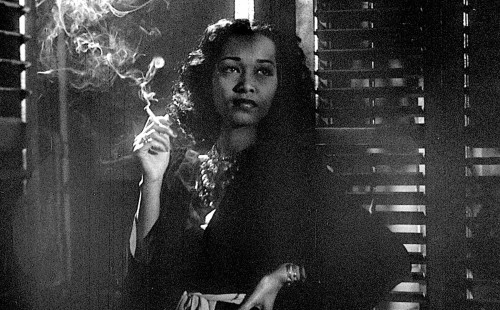