THE SCAPEGOAT and THE SWAN 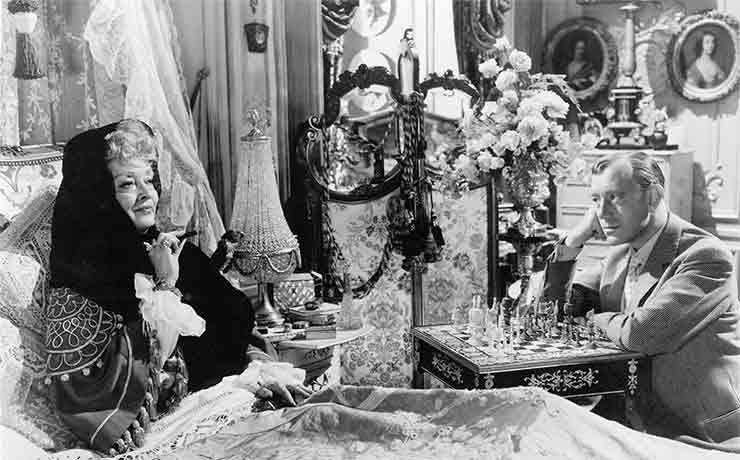 (1959, Robert Hamer) On vacation in France, discontented teacher Alec Guinness meets his double, aristocrat... Alec Guinness! But after he’s slept it off, he finds a chauffeur waiting to take him back to a château, a wife, a sister, a mistress, mother Bette Davis, and one complicated pre-nup. From a story by Rebecca’s Daphne du Maurier. Approx. 92 min. 35mm.
3:00, 7:40

“As produced by Michael Balcon, this is a plushy appointed tale, with some fetching glimpses of the French countryside and appropriately musty chateau interiors. The main musical theme is striking.”
– The New York Times 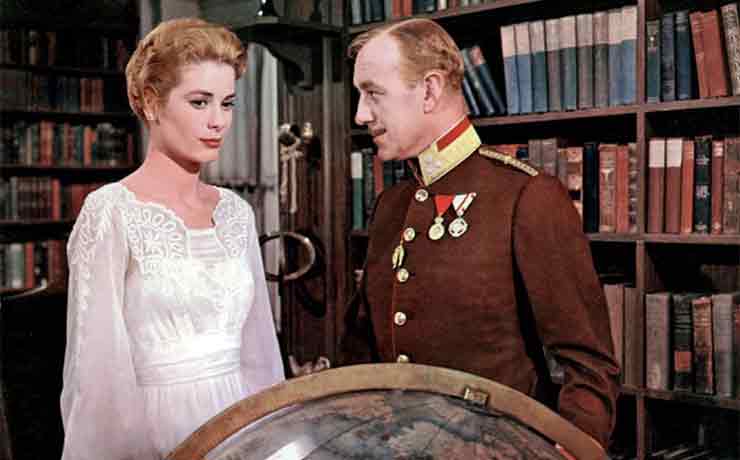 (1956, Charles Vidor) Middle European Princess Grace Kelly’s family can get back that throne only if she can charm visiting Crown Prince Guinness — but he seems interested only in playing football with kids and bass in the orchestra. Can tutor Louis Jourdan make him jealous? Adapted from Molnar (Liliom) play. Kelly’s Hollywood swan song. Approx. 112 min. 35mm.
12:40, 5:10, 9:55

“A slender and charming fable, as soft as a summer breeze.”
– The New York Times