(1962) Anthony Perkins' Josef K. enters a nondescript door and an immense crowd rises to its feet: two detectives beat a third in a tiny room lit by a single, swinging bulb; and in a gigantic office the desks stretch on, and on... Welles' view of Franz Kafka's posthumous (1925) classic of meaningless persecution changes the ending ("I couldn't put my name to a work that implies a man's ultimate surrender") and rearranges the plot, but remains faithful to the incidents within those parameters; while stylistically attaining some of the most baroque effects of Welles's career, cutting from Stalinist apartment blocks in Zagreb (including 800 typists in a single room) to the seeming endless nooks, crannies, and cavernous vaults of the vast deserted Gare d'Orsay in Paris, while Albinoni's Adagio for Organ and Strings plays both forwards and backwards on the soundtrack. A uniquely personal work (Welles dubbed 11 of the characters himself, while it was "closer to my own feelings about everything than any other picture I've ever made"), this was his first film since Citizen Kane to be released as he intended. With Jeanne Moreau as a sullen nightclub entertainer, Romy Schneider as a web-fingered, eager-to-please "nurse," a band of feral nymphettes, and Alexander Alexeïeff's hypnotic "pinscreen animation" prologue. Approx. 118 min. DCP. 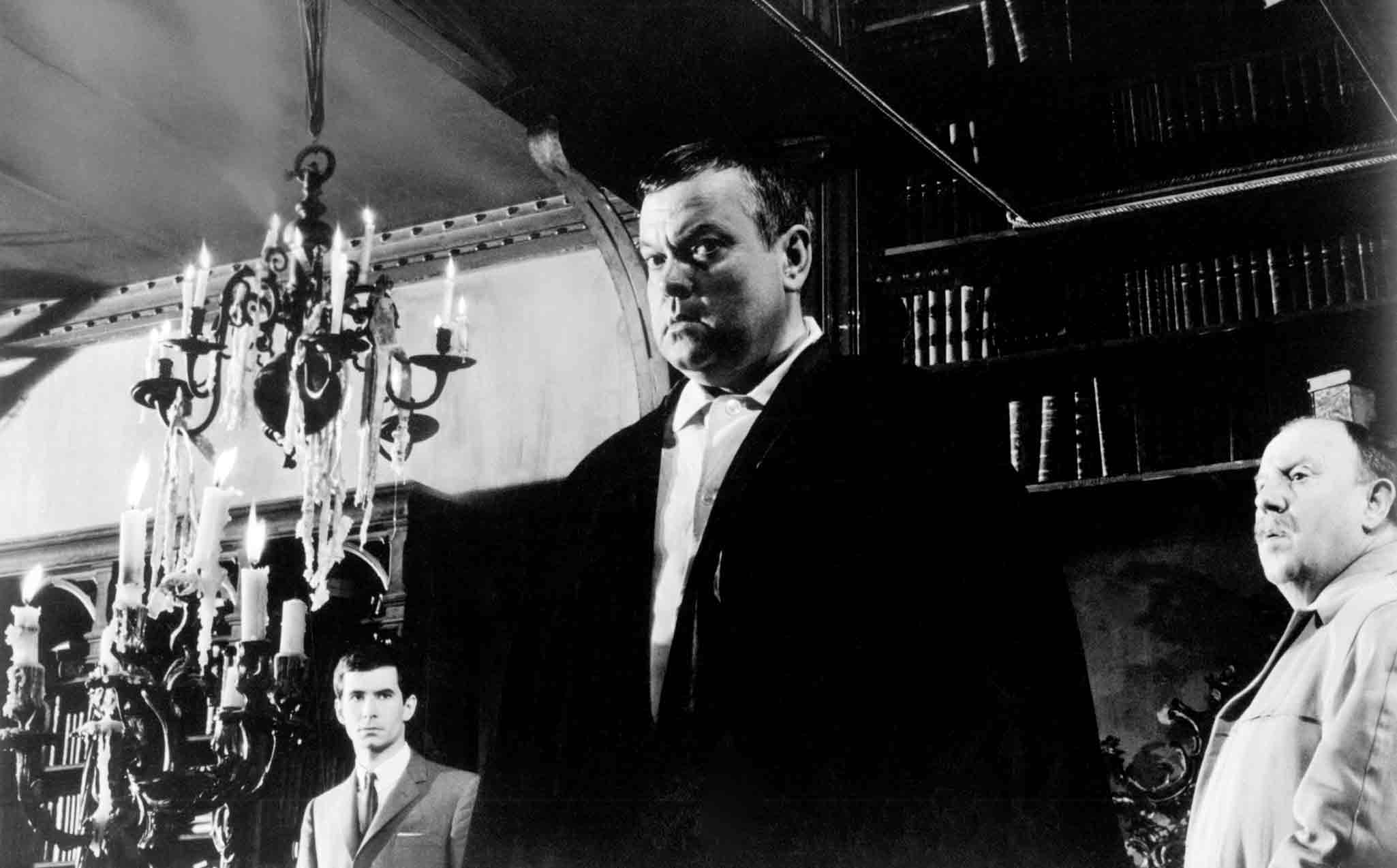 “A frenzy of Expressionistic images… bring the story’s tormented universe to life. Welles’s visual composition, with their striated, high-contrast black-and-white photography and their sets of a jaw-dropping grandeur, burst through the screen to evoke an oppressively incomprehensible system of edicts and constraints. And who better to reveal the system’s evil genius than Welles, the golden boy turned Hollywood martyr?… Visual and textual allusions to Welles’s entire oeuvre to date (starting with “K,” for “Kane”) and a concluding apocalyptic showdown in front of a bright and empty screen reinforce the suggestion of torments inflicted by the studio system on the innocent – on both sides of the camera and on society at large.”
– Richard Brody, The New Yorker

“ABOVE ALL A VISUAL ACHIEVEMENT, an exuberant use of camera placement and movement and inventive lighting.”
– Roger Ebert, Chicago Sun-Times

“The blackest of Welles' comedies, an apocalyptic version of Kafka that renders the grisly farce of K's labyrinthine entrapment in the mechanisms of guilt and responsibility as the most fragmented of expressionist films noirs.”
– Paul Taylor, Time Out (London)

“It's the nightmare aspect of the novel that Welles captures with great ingenuity. In its mapping of castration anxiety and sexual guilt, the film is brilliantly bleak and occasionally hilarious. The Trial is splendid to look at and teeming with ideas about the individual, society, and of course, film itself.”
– Amy Taubin, The Village Voice

“An astonishing work, and a revelation of the man.”
– David Thomson