(1984) “A filmmaker, Alexandros (Giulio Brogi), auditions a succession of old men who speak the line, ‘It's me, it's me.’ Tiring of the task, he goes to a café and sees his perfect actor, a lavender-seller. Alexandros follows the man to Piraeus where, it transpires, the filmmaker is to meet his father, a resistance fighter (Manos Katrakis) returning to Greece after 32 years in the USSR. The father descends from a huge anonymous vessel to an empty quay. ‘It's me,’ he says. Not knowing what to do, Alexandros reaches to take the old man's violin case. ‘Aren't you going to kiss me?’ his father asks. Angelopoulos once again plays a variation on the theme of what it means to be a modern Greek artist living in the shadow of the civil war… Suffused with that peculiar melancholy which Angelopoulos has made entirely his own.” – John Pym, Time Out (London). 35mm print courtesy Harvard Film Archive. Approx. 122 min.

“The beauty of the film has seldom been equaled, and the balance of liquid movement and rocklike human interpretation is both tragic and exhilarating.”
– David Thomson, A New Biographical Dictionary of Film

“The film-within-a-film narrative of Voyage to Cythera provides a structural metaphor for a displaced father (who, like Angelopoulos’ long-absent father, is also named Spyros) attempting to rebuild his former life and reconnect with his family, only to find that in the wake of devastating wars, abandoned villages, and commercial development, the idea of home has become a myth.”
– Acquarello, Senses of Cinema

“Dispirited by the depoliticisation of Greek society — what he called ‘the silence of history’ — Theo Angelopoulos sets out to contrast the truths inherent in myth and reality in this complex, but always fascinating drama.”
– David Parkinson, RadioTimes.com 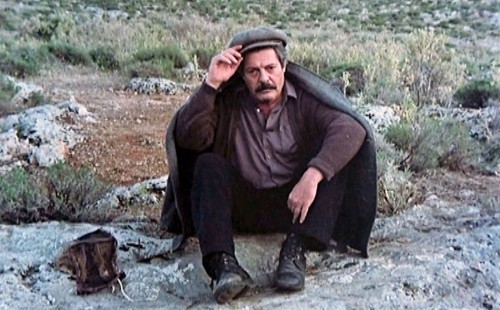 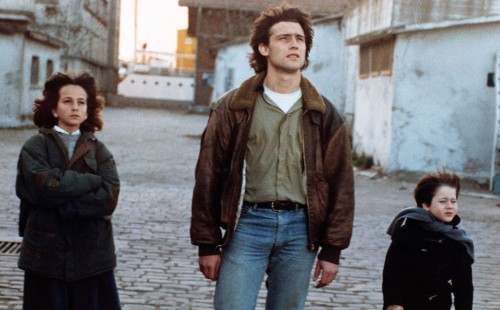 Theo Angelopoulos’
LANDSCAPE IN THE MIST