Ryûsuke Hamaguchi was born in 1978. After graduating from the University of Tokyo, Hamaguchi spent several years working in the commercial film industry before entering the graduate program in film at Tokyo University of the Arts. He made his festival debut in San Sebastian and Tokyo FILMeX in 2008 with his graduation film PASSION. He then directed the Japanese-Korean co-production THE DEPTHS (2010), INTIMACIES (2012), and a series of documentaries, THE TOHOKU TRILOGY (THE SOUND OF THE WAVES, VOICES FROM THE WAVES, and STORYTELLERS), co-directed by Ko Sakai, from 2011 to 2013. Hamaguchi made his first major appearance on the global stage with HAPPY HOUR, his 317-minute feature film, which premiered at the Locarno International Film Festival and went on to win major awards at numerous festivals worldwide. He followed this up with ASAKO I & II, which debuted in Competition at the 2018 Cannes Film Festival to universal acclaim. Hamaguchi additionally served as the co-writer of Kiyoshi Kurosawa's WIFE OF A SPY, which won the Silver Lion at the 2020 Venice Film Festival. In 2021, Hamaguchi’s WHEEL OF FORTUNE AND FANTASY premiered at the Berlin International Film Festival, where it won the Silver Bear Grand Jury Prize. (It premiered theatrically at Film Forum in October 2021.) 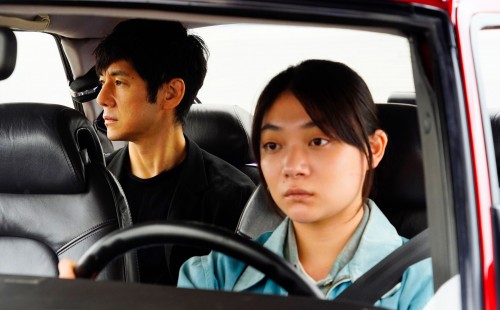