February – May 2020 Repertory Calendar:
FRONT & BACK

The current COVID-19 crisis is a developing situation. We are not selling tickets at this time, but we are hopeful that we will show all of these films in the near future, possibly at other dates than originally announced.

FROM THE DIRECTOR OF CHRIST STOPPED AT EBOLI

“The truth is not always revolutionary.” Slow opening: amid the strikes and demonstrations of Italy’s “Years of Lead,” Judge Charles Vanel (Wages of Fear and Guinness for history’s longest film career), emerging from an eerie tour of Palermo's Convento dei Frati Cappuccini, with its crypt of 8,000 skeletons and mummified bodies, is shot dead in broad daylight. But as inspector Lino Ventura (hardest of Frances’s hommes durs — in a rare instance, here acting in his native language) is on the case; and as the judges keep dropping—one in a building with Ventura—he sees a pattern: judges all acquainted, “botched” cases. Could this be a railroaded man’s vengeance? Or is it something more? And after demotion and his own wiretapping, Ventura confronts the startling philosophy of Supreme Court judge Max von Sydow, and… From the novel by Leonardo Sciascia.

Restored by the Cineteca di Bologna at L’immagine Ritrovata Laboratory and The Film Foundation, with funding provided by the George Lucas Family Foundation.

BACK BY POPULAR DEMAND

“A dazzling example of fashionably radical Italian filmmaking— photographed in the beautiful, drained colors of a landscape in mourning for the sun.”
– Vincent Canby, The New York Times

“What impresses most are scenes displaying Rosi’s bravura: an obsessive judge shot in his tomb-like mansion; a party calculatedly shocking in its lavishness; Ventura alone in his flat when the horror of his discovery hits him. The photography serves perfectly the growing sense of unease, and Ventura is as quietly excellent as ever.”
– Chris Petit, Time Out 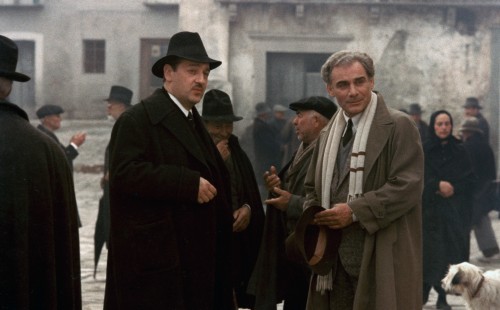