(1976) Mrs. Edith Bouvier Beale and her daughter Edie, aunt and first cousin of Jacqueline Kennedy Onassis, live in a world of their own behind the brambles that surround their decaying 28- room East Hampton mansion known as “Grey Gardens,” where raccoons and cats prowl about and handymen drop by to cadge odd jobs. Mrs. Beale, aka “Big Edie,” was a born aristocrat, sister of “Black Jack” Bouvier, Jackie O’s father. “Little Edie” was a model and aspiring actress of striking beauty who put her New York career on hold to care for her aging mother — and never went back. Together they descended into a strange life of recrimination and companionship. Little Edie — a still-attractive woman at 56 – parades about coquettishly in fishnet stockings, bathing suit and improvised turban, feeds the raccoons in the attic, and breaks out into impromptu song-and-dance routines, never losing hope that her Big Chance and Big Romance are still just around the corner. While semi-invalid Big Edie, a trained soprano in bohemian days, trills romantic songs of yesteryear in a slightly wobbly, but still rich voice, as she cooks corn on the cob perched up in bed. The women bicker like characters out of Tennessee Williams or Eugene O’Neill — with a nod to Whatever Happened To Baby Jane? In the wake of eviction threat headlines, Albert and David Maysles (Salesman, Gimme Shelter) brought their Direct Cinema approach to Grey Gardens for a five-week shoot, with the resulting 50 hours of footage edited by co-filmmakers Hovde, Meyer and Froemke into a cinéma verité epic. Approx. 95 min. DCP restoration 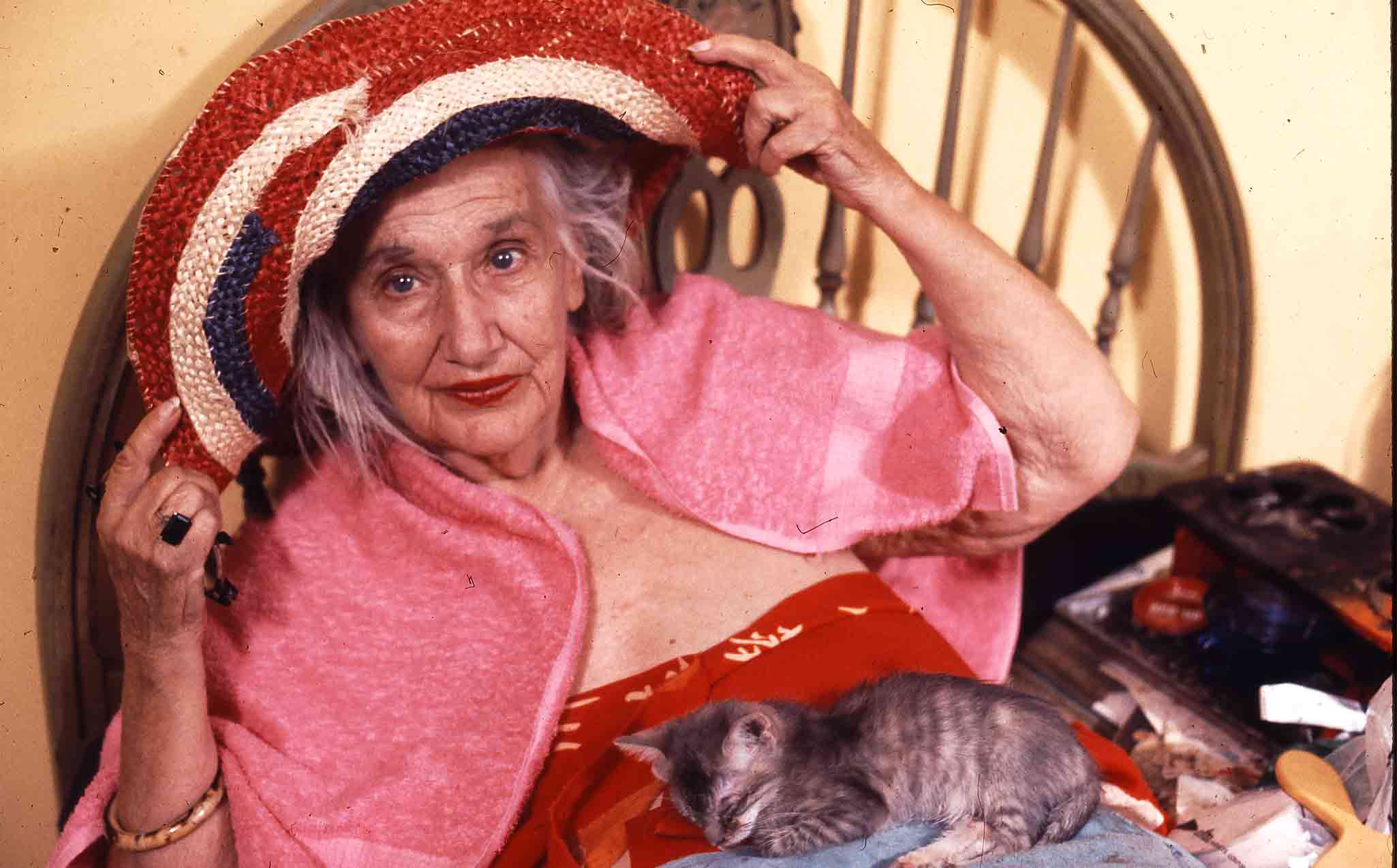 [highest rating]
#1 CRITICS’ PICK!
“SPARKLING! To watch the Maysles’ 1976 vérité masterpiece, uninflected by a sentimental soundtrack or editorializing of any kind, is to be invited into a terrible mystery… the beauty of this film is the dignity it imparts to the Beales, trapped in their pasts.”
– Joshua Rothkopf, Time Out New York

SALON.COM PICK OF THE WEEK!
“AN OTHERWORLDLY EXPERIENCE NOT QUITE LIKE ANYTHING ELSE IN THE HISTORY OF CINEMA. If Grey Gardens doesn’t seem as distinctive now as it did four decades ago, that’s because it transformed the art and craft of documentary film… and so many things made afterward have followed in its footsteps. But the world it captures, with its mother-daughter pair of aristocratic castoffs and their crumbling, weed-choked East Hampton mansion infested with cats and raccoons, is now so utterly vanished as to seem fantastic, an allegorical dream concocted by Scott Fitzgerald and Flannery O’Connor more than real people who existed within living memory.”
– Andrew O'Hehir, Salon.com
Click here for the full review

“RICHLY DETAILED AND BOUNDLESSLY EVOCATIVE! There's no excuse to miss the restoration of the Maysles' 1976 study of spirited decrepitude... Remains elusive and dreamlike, no matter how its corners have been brightened.”
– Alan Scherstuhl, Village Voice

Click here to listen to a 2001 Phone Call Between Grey Gardens’ Little Edie and Albert Maysles at Vanity Fair.com

Read Alison Willmore at BuzzFeed on “Why You Should Forget The Second Best Exotic Marigold Hotel and Watch Grey Gardens Instead.”

“A STUNNER: HALF HUMOROUS, HALF HORRIFIC AND 100% MESMERIZING... UPSTAGES ANYTHING IN PINK FLAMINGOS!”
– New York Post

“It’s sad, it’s funny, it’s disturbing — but Grey Gardens reminds us that the camera can be used for dramatic effect, even when the drama is rooted in real life.”
– Arthur Knight

“It’s about two classic eccentrics who refuse to live the way they’re supposed to, but by the film’s end we see that they live fully, in ways of their own choosing... And out of this existence comes a movie that, curiously enough, is comic and bright, as well as sobering.”
– Roger Ebert

“A stark, haunting documentary, which like both Beales has grown more bizarre and commanding with age.”
– Janet Maslin, The New York Times