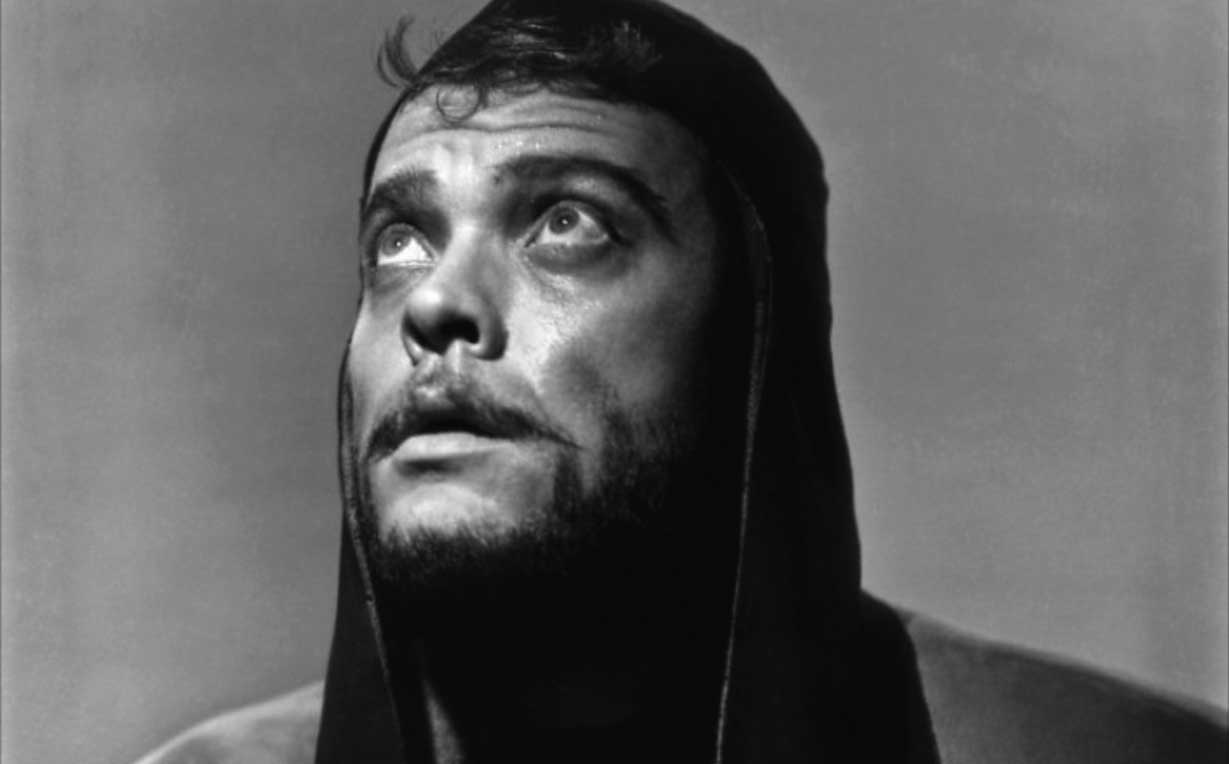 (1948) In the gloomy, claustrophobic atmosphere of a studio-shot primitive world, a feudal lord (Welles in the title role) decides to go for the kingship, with horrifically fated results. The 89-minute U.S. release version, with the actors’ voices dubbed with American accents. Approx. 89 min. 35mm.

Restoration funding provided by The Film Foundation and the Hollywood Foreign Press Association.

Plus Return to Glennascaul (1952): in this Oscar-nominated short, Orson Welles, on a drive in the Irish countryside, picks up a man who relates a “strange story told in Dublin.” Approx. 23 min. 35mm.

“All atmosphere and movement, filmed on forthrightly stagy sets with a restlessly tracking camera… There is force in this rough, hasty rendering; the sheer speed of the pacing gives it a quality of crushing delirium.”
—Dave Kehr, Chicago Reader

“One of the director's most personal creations, it's a courageous experiment with a craggy barbaric splendor all its own.”
– Elliott Stein, Village Voice