(1960) As architect Gabriele Ferzetti searches for ultra-alienated girlfriend Lea Massari, following her disappearance during a pleasure cruise to one of the deserted Aeolian Islands off the coast of Sicily, he and Massari’s best friend Monica Vitti (later star of Antonioni’s La Notte, L’Eclisse and Red Desert) begin to forget their quest as they drift into a passionate love affair –but is that going anywhere? (When Antonioni was later asked what happened to Massari, he replied he didn’t know.) Jeered at its first Cannes screening and cheered at its second (after the jury, headed by Rossellini, published an open letter of support.) L’Avventura manages to befuddle New York Times critic Bosley Crowther (“Watching L’Avventura, which came to the Beekman yesterday, is like trying to follow a showing of a picture at which several reels have got lost.”), but is now firmly established as one of the trailblazing works of modern cinema. Awarded a Jury Prize at Cannes “for a new movie language and the beauty of its images.” 35mm. Approx. 145 min.

“With this simple, elusive tale, Antonioni launched himself into the forefront of the emerging European art cinema… [In 1960], the film struck audiences mainly with its freshness; it can still have this effect today. It surprises with its insights: characters do unexpected things in unexpected places, but in a way that provokes recognition.”
– Geoffrey Nowell-Smith

“An intellectual adventure… The characteristic Antonioni image consists of two or more characters within the same frame not looking at each other. They may be separated by space, mood, interest, but the point comes across and the imposing cinematic theme of communication is brilliantly demonstrated.”
– Andrew Sarris

“Antonioni’s characters were parasites whose money allowed them to clear away the distractions of work, responsibility, goals and purposes, and exposed the utter emptiness within… It is impossible to be happy simply because one is ceaselessly entertained. L’Avventura becomes a place in our imagination – a melancholy moral desert. Why don’t we have movies like L’Avventura  anymore? Because we don’t ask the same kinds of questions anymore.”
– Roger Ebert

“Antonioni’s stunning compositions and choreographic mise en scène, punctuated by eerie silences and shots that linger expectantly over landscapes, made him a key Italian modernist director of the 50s and 60s. This haunting work… shows him at the summit of his powers.”
– Jonathan Rosenbaum

“The more I saw L’Avventura – and I went back many times – the more I realized that Antonioni’s visual language was keeping us focused on the rhythm of the world: the visual rhythms of light and dark, of architectural forms, of people positioned as figures in a landscape that always seemed terrifyingly vast. And there was a tempo, which seemed to be in sync with the rhythm of time, moving slowly, inexorably… L’Avventura gave me one of the most profound shocks I’ve ever had at the movies.”
– Martin Scorsese 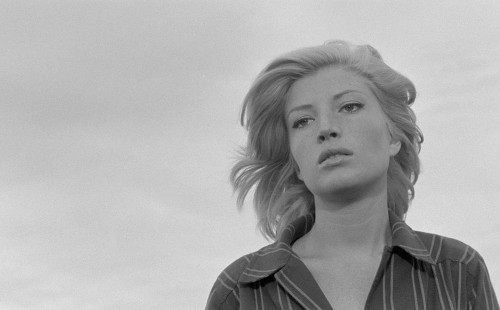 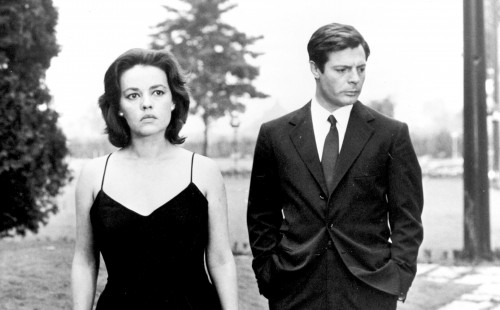 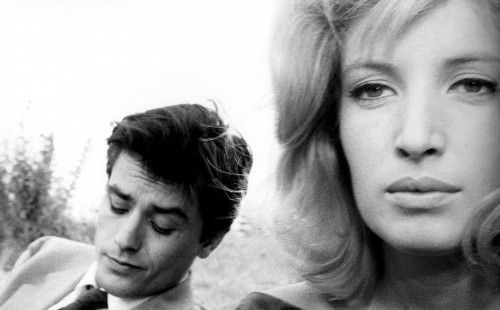