"There are at least 26 good reasons to straighten your stocking seams, touch up your lip rouge, and queue up for Film Forum's Femmes Noirs series."
– Stephanie Zacharek, Village Voice

“Cynical private eyes would have no reason to walk through smoky shadows without those murderous broads, sirens, and honey-tongued devils to call “doll”—the irony of which seems lost on her suitor, usually until a moment before she puts a bullet in his gut. Film Forum brings together the best of the best...With playtimes every evening (and not to mention the rare treat of double features), you’d be a rotten, two-bit fool to miss it.”
– Rachel Tashjian, Vanity Fair 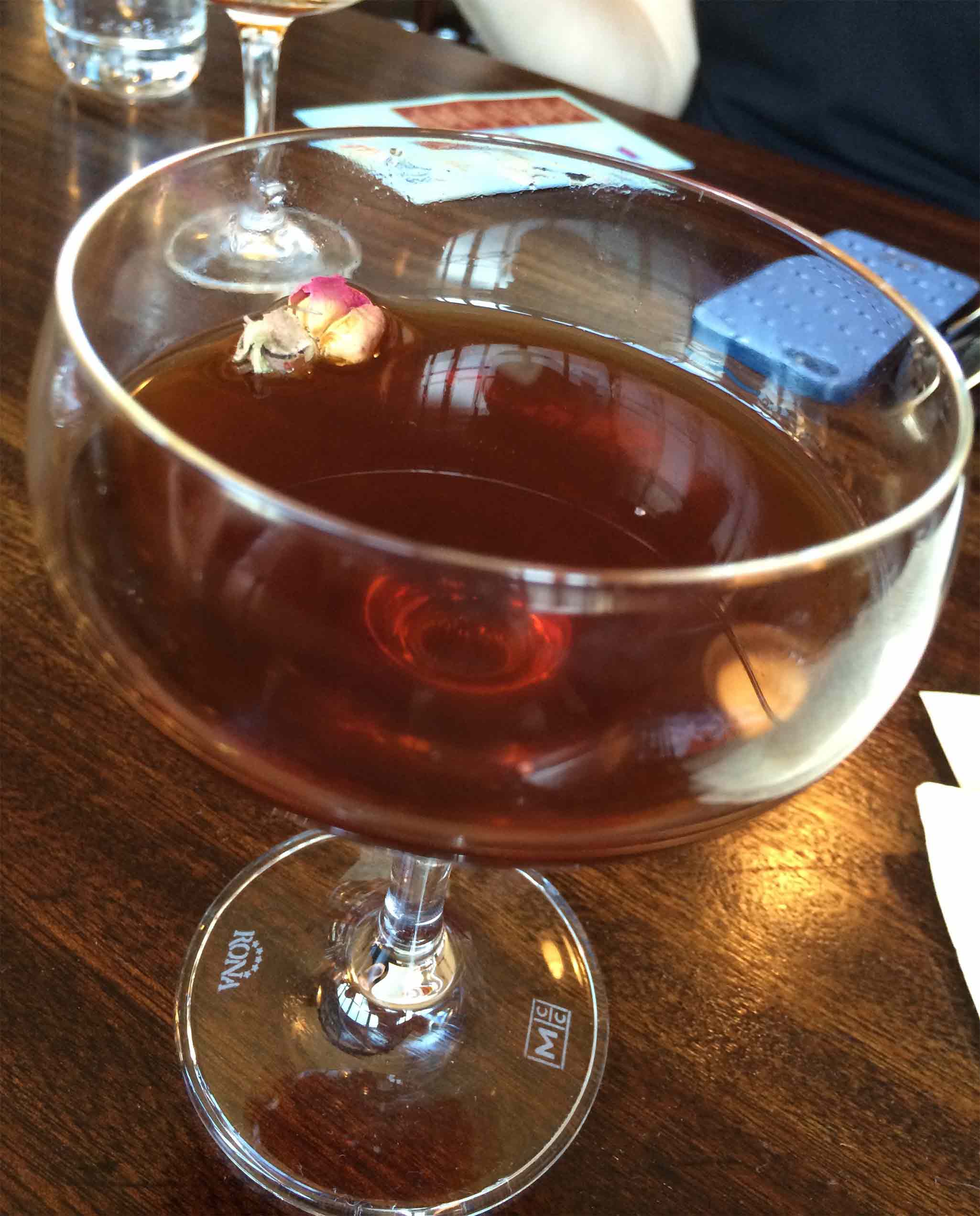 A play on the Manhattan's cousin, the Black Manhattan, the Manhattan Noir cocktail is composed of Bourbon, Amaro Averna, Cynar, and black walnut bitters. The traditional Maraschino cherry has been subbed out for a single floating rose bud. We think this cocktail would please any of Hollywood's Most Dangerous Dames.

Cocktail is complimentary with any purchase (must present ticket stub). Cannot be combined with other offers.

LEAVE HER TO HEAVEN and OUT OF THE PAST

THE KILLERS and GILDA

THE LADY FROM SHANGHAI and SCARLET STREET

MURDER, MY SWEET and THE MALTESE FALCON

KISS ME DEADLY and THE KILLING

THE STRANGE LOVE OF MARTHA IVERS and TOO LATE FOR TEARS