(1937) “I beg you, man to man, come back.” WWI, and it’s a POW camp for French man-of-the-people flyboy Jean Gabin and aristocratic staff observer Pierre Fresnay after they’re shot down by equally aristocratic German Erich von Stroheim. But meanwhile there are escapes – one by tunnel – to be planned; fellowship with Jewish moneybags Marcel Dalio, actor Julian Carette, engineer Gaston Modot, pedantic pedagogue Jean Dasté; a necessarily all-male musical revue complete with chorus line, interrupted by a dramatic announcement; and a reunion with Stroheim at an escape-proof castle keep. Partially inspired by stories of the air ace who had saved Renoir’s life in the war, this was, on the brink of another war, a celebration of the brotherhood of man, across class (see above), across frontiers (“are an invention of men”), as well a kind of elegy for an international aristocracy (Fresnay and Stroheim, going monocle to monocle, speak much of the time in English, a language no one else understands). Best Foreign Film, National Board of Review and New York Film Critics Circle; Best Overall Artistic Contribution, Venice Film Festival (under Mussolini!); and rare prewar Oscar nomination for Best Picture. In French, with English subtitles. 35mm. 117 mins.

“If I had only one film in the world to save, it would be Grand Illusion.”
– Orson Welles

“ONE OF THE TRUE MASTERPIECES OF THE SCREEN! With Gabin, you’re not aware of any performance; with von Stroheim and Fresnay, you are – and you should be: they represent a way of life that is dedicated to superbly controlled outer appearances.”
– Pauline Kael

“Von Stroheim makes an indelible impression, as a man deluded by romantic notions of chivalry and friendship. It is a touching performance, a collaboration between the great silent director and Renoir, then emerging as a master of sound… Even many who have not seen the movie can identify stills of the wounded ace pilot von Rauffenstein, his body held rigid by a neck and back brace, his eye squinting through a monocle.”
– Roger Ebert

“Unquestionably, the most powerful moment of the film occurs after the announcement of the recapture of Douaumont by the French, when the ‘Marseillaise’ is sung by an English soldier dressed as a woman who takes off his wig as he sings it.”
– François Truffaut

“A film about war without a single scene of combat, Renoir’s masterpiece suggests that the true divisions of that conflict were of class rather than nationality… One of the key humanist expressions to be found in movies: sad, funny, exalting, and glorious.”
– Jonathan Rosenbaum 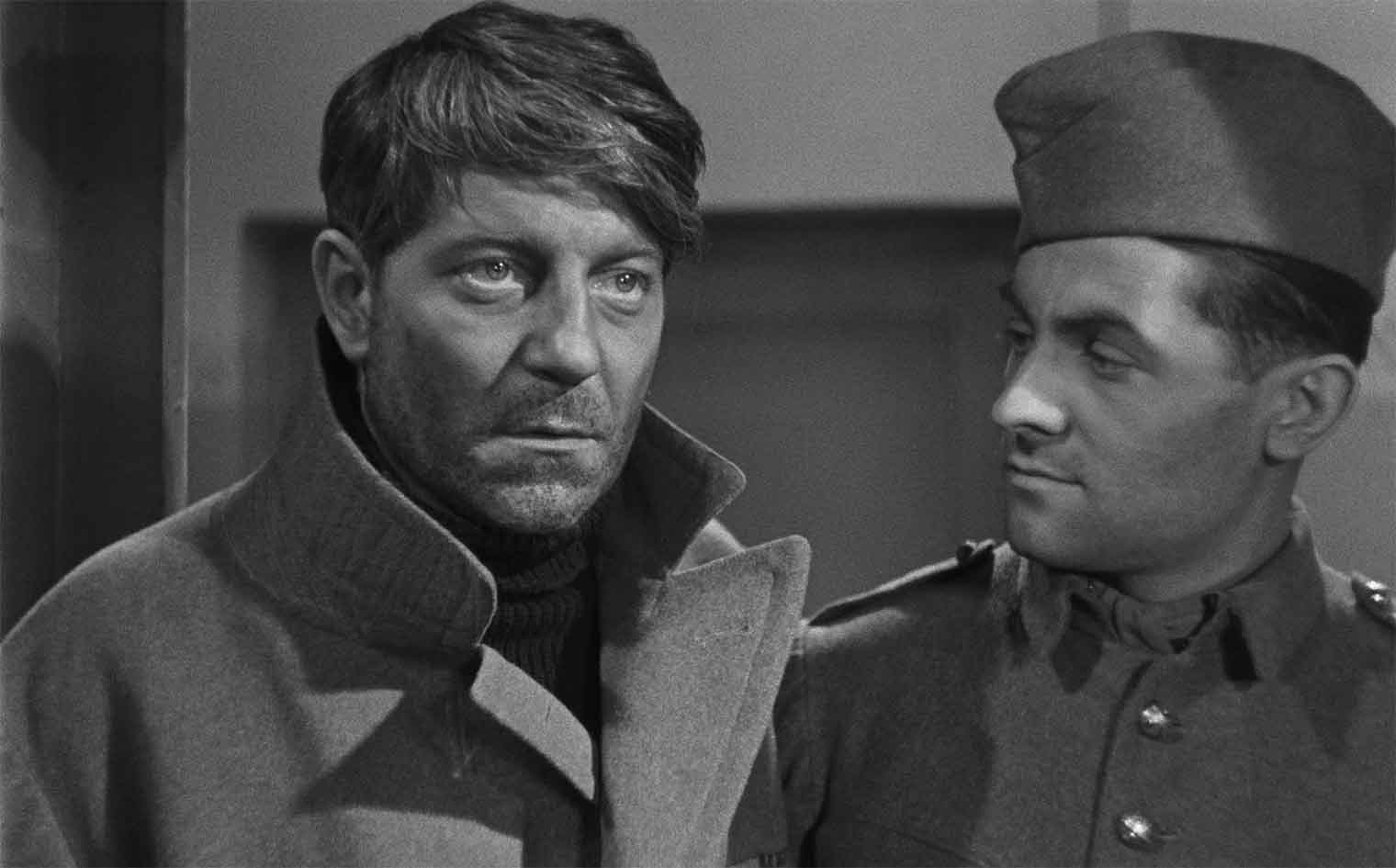